Osho on using Mind, Don’t fight with the mind 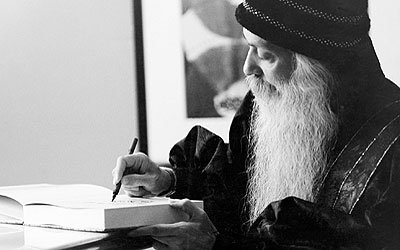 Faith is not a fight with the mind. If you fight, then the enemy impresses you, and remember… even friends don’t have such an impact as enemies have. If you fight with someone continuously, you will be influenced by them, because you will have to use the same techniques to fight them.

Ultimately, enemies become similar. It is very difficult to be aloof and detached from the enemy; the enemy influences you. And those who start fighting with the mind become great philosophers. They may talk about anti mind, but their whole talk is of the mind. They may say, ’Be against the mind’, but whatsoever they say is coming from the mind even their enmity. And you have to remain with your enemy.

And by and by enemies settle terms, and they become the same. It happened in the Second World War. Adolf Hitler almost completely turned the whole world Nazi, Fascist. Even his enemies, those who were fighting against Fascism, also became Fascist; they had to.

One interesting incident happened: Adolf Hitler was almost mad, and he wouldn’t listen to the military experts. He thought himself to be the greatest military genius ever born; so the whole war was to be conducted according to his whims.

That’s why in the beginning he continued to win, because the French generals, English generals, American generals and Russian generals, could not understand what was going to happen. They could have understood if the war was being run by military generals – they have the same minds. Then they could have known what the next move would be.

And Churchill thought that this was foolish, because he was an army man! It was foolish to decide how the war should be run by using astrologers! But if the enemy is doing it what can you do? And the moment he appointed astrologers he started to win, because now they were the same.