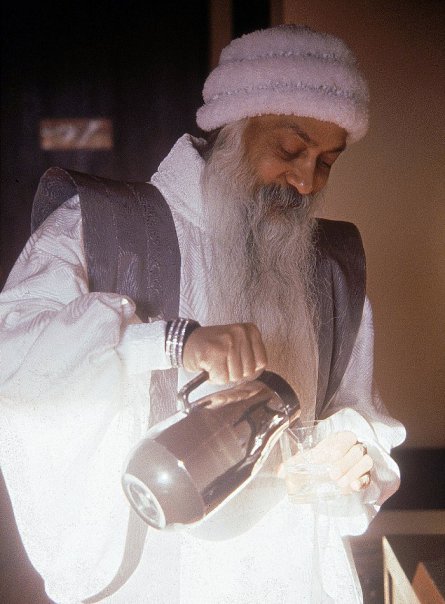 Osho – The warriors were something of the same – their bodies were worth seeing. They took care of their bodies, they took care of their discipline, and just to be a warrior they needed a certain meditation: to be alert, to be constantly aware because any moment … a small fault and you are finished. They were moving on the razor’s edge; their balance was something to be seen. But those warriors have disappeared.

Now war is an ugly affair; now war is pure destruction; it does not give any value to humanity. But the warrior, for thousands of years has given dignity, honor, to his body, to his mind, to his being, because he has to be absolutely alert, no thoughts can be allowed. He cannot go into the past, he cannot move into the future, he has to be in the present.

It is because of this that in Japan, swordsmanship and archery became methods of teaching meditation. There is no need to learn meditation separately – just learn archery and you will become a meditator; just a slight difference. One German professor, Herrigel, was learning archery in Japan. He was the best archer in Germany.

But in Japan, archery is not simply archery, it is a meditative process. The German was puzzled, because his idea was that you are a great archer if you are always hitting the bull’s eye, and he was one hundred percent successful. But his master would say, ”No, the basic thing is missing. We are not concerned with the bull’s eye; we are not concerned that your arrow always reaches the target; we are concerned with you.

You should not do anything. You should let the arrow move on its own accord. You should only provide the situation and then wait, and let it happen.”

This was impossible for the German mind to understand: how can it happen if you don’t pull the bow, if you don’t do something, and you just stand there with your bow and arrow, how is it going to happen? And even if it happens, it is not going to hit the target. There you can see the difference between the West and the East. The Western mind is more concerned with the target, and the Eastern mind is more concerned with the archer, the warrior.

The master said to him many times, ”Forget about the target. Even if you miss it, it will do. First I have to fix YOU.”

Three years, and he could not get the point. It was difficult to get it. Finally, tired, he told his master, ”Tomorrow I am leaving.” The master said, ”I am sorry for you, but before leaving tomorrow, come back, have tea with me, and then you can go.”

When he came to take tea with him, he was teaching some other disciples archery. So he sat on the bench and just watched. For the first time, it was none of his concern. For the first time, he was relaxed; otherwise his tension had been there, day in, day out, he was thinking, how to let it happen?

But today he was sitting in the morning sun, in the garden of the master, relaxed, watching. He saw the master showing other disciples how they have to allow the arrow to go towards the target: they are not to force it, they have simply to let it go.

Spontaneously, he stood up, took the bow and arrow from the master’s hand – the master did not even ask what he is doing – and, without bothering about the target, held the bow and the arrow in a very relaxed and graceful attitude… the happening. It reached the target. The master said, ”Great, you have done it. You were not the doer; you allowed it to happen.”

Harrigel writes in his diary: ”The difference was so great. If I had left one day before, I may not have known the beauty of what my master was telling me for three years untiringly. I was getting tired, but he was not tired – every day the same thing. But it was my fault. I was tense and my whole concern was to hit the target, and his whole concern was that I should be in a grace, in a relaxed state. I was his target.”

The master was immensely happy: ”At least after three years you managed to do it.”

Herrigel said, ”I have not managed anything. I just saw you. I never looked at you. You were everyday teaching me. I was in my mind thinking all the time, how?, but it is not a question of how. Because I was so anxious to do it, I could not do it. ”Today there was no anxiety, the mind was silent, and I saw you for the first time – what grace, what beauty.”

In Japan, swordsmanship and archery have become methods of learning meditation. The warrior in the past was a beautiful human being, with a body as beautiful as a wild animal’s; with agility and with great art.