Osho – Divine seeing is seeing without any prejudice 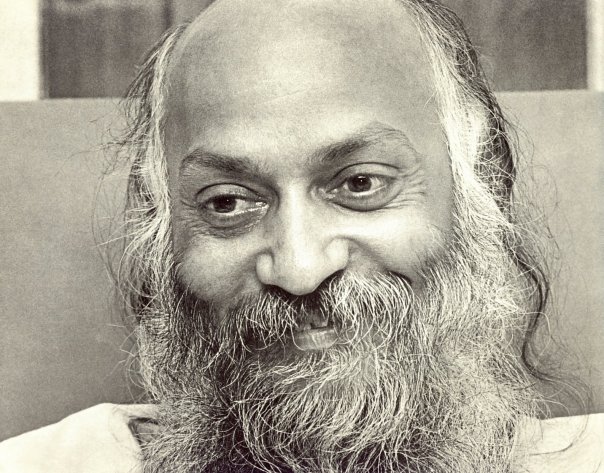 Osho – Deva means divine; the word ’divine’ comes from the same root as ’deva.’ Basir is a sufi name for God – it means: all seeing. Your full name will mean: a divine way of seeing. Ordinarily what we see may not be there. It may be just our minds projecting something from the within. We see what we believe; our belief creates our vision. That is an undivine way of seeing. If you look into facts with a prejudiced mind, you will never find the reality. You will always impose your opinion upon the facts. And the facts are very polite, very humble, very liquid. you can give them a mold, a form. They take the shape of your mold very easily.

That’s why there are so many philosophies in the world, so many ways of seeing things. And each philosophy thinks it has arrived, that it has found the solution to all problems, that it has found the remedy. And each philosophy claims ’This is the truth, the ultimate truth.’ But no philosophy has it, no philosophy can have it, because philosophy is basically speculation. It is a game of words, logic, thoughts. It is creating a system out of thinking and then imposing the thinking on reality. And because reality is very polite, it is always ready to oblige you. So whatsoever you want to see, you will see. This is undivine seeing.

Philosophy is nothing but a mind game. Religion is a totally different thing: it is approaching reality without the mind. It is putting the mind aside; it is looking direct, immediate. Then the reality is tremendously beautiful… and that reality is God.

So God can never be found by a person who believes. Believers never find God – their very belief becomes the hindrance. And so is the case with the non-believers, because they only believe in the opposite. Non-believers are as much believers as the believers. Their beliefs are different: one believes that God is, one believes that there is no God, but both are beliefs. Between the catholic and the communist there is no difference. Between the hindu and the mohammedan there is no difference… just different beliefs.

The real seeker gets rid of all kinds of beliefs – theistic, atheistic. He simply gets rid of the whole mind-accumulated past. He simply drops the whole baggage. He looks with empty eyes. The real seeker is always an agnostic; he says ’I don’t know.’ And all real search starts from that point, when you can say totally, honestly, existentially ’I don’t know.’ That is the greatest beginning, the only beginning in fact, and then your eyes are capable of seeing the truth. One has to approach truth naked, with no clothing of thought, belief, philosophy, consolations, prejudices, conditionings. This is the meaning of your name: start dropping beliefs. And I am not saying to move to anti-belief, no; I am simply saying be without belief. And then reality is so close, just by the corner – once you are ready to reflect, to reflect it as it is.

Osho – Rather than having beautiful eyes, have a beautiful vision

Osho on Right way of Reading Gita, Koran or Bible