Osho – Does an Enlightened person dream 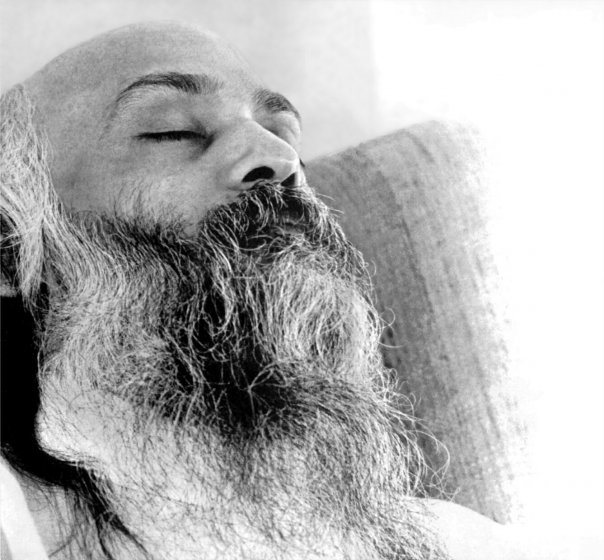 An enlightened person is conscious even while asleep. He cannot become unconscious. Even if you give him an anaesthetic – chloroform or something like that – only his periphery goes to sleep. He remains conscious; his consciousness cannot be disturbed.

Krishna says in the Gita that while everyone is asleep the yogi is awake. It is not that yogis are not going to sleep in the night; they also sleep, but their sleep has a different quality. Only their bodies sleep, and then their sleep is beautiful. It is a rest.

It means one thing: now he is perfectly conscious. Whatsoever goes on in his mind, he is aware. And the moment you are aware, certain things completely stop. Just through awareness they stop. It is just like this room is dark and you bring a candle: the darkness will disappear.

Everything will not disappear. These bookcases will be here, and if we are sitting here we will be here. By bringing the candle only darkness disappears.When someone becomes enlightened, now he has an inner light. That inner light is awareness.

Through that awareness sleep disappears – nothing else. But because sleep disappears, the quality of everything changes. Now whatsoever he is going to do will be in his perfect alertness, and that which needs unconsciousness as a prerequisite now becomes impossible.

He cannot be angry – not because it is a decision not to be angry; he CANNOT be angry. Anger can exist only when you are unconscious. Now unconsciousness is not there, so the base is not there and anger is not possible. He cannot hate: hate exists only when you are unconscious. He becomes love – not because of any decision on his part. When light is there, when consciousness is there, love flows; it is natural.

Dreaming becomes impossible because dream needs, first of all, unconsciousness, and he is not unconscious. Buddha’s disciple, Ananda, said to him, after sleeping and living in the same room, in the same place with Buddha, ”This is a miracle; this is very strange. You never move in your sleep.” Buddha always remained in one posture the whole night.

Whenever he would look at Buddha sleeping, he would be the same the whole night. So Ananda asked, ”Tell me, what are you doing the whole night? You remain in one posture.”

Buddha is reported to have said, ”Only once did I move in my sleep, but then I was not a buddha. Just before, just a few days before the enlightenment happened, I moved in my sleep. But then suddenly I became aware and I wondered, ’Why am I moving?’ I moved unconsciously without any knowing on my part.But after enlightenment there is no need. If I want I can move, but there is no need. And the body is so relaxed…”

Consciousness penetrates even in sleep. But you can have a fixed posture the whole night and you will not be enlightened. You can practice it; it is not difficult. You can force yourself; then within a few days you will be able to do this. But that is not the point. If you look at a Jesus moving, do not think, ”Why is he moving?” It depends. If Jesus moves in his sleep, he is conscious. If he wants to move, he moves.