Skip to content
Osho on Repression Osho on Sexuality - Sex 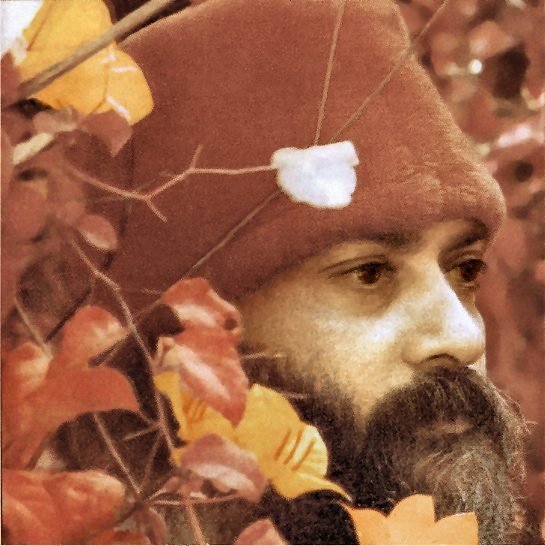 Question – Is it possible to climb on to higher stages while one is suppressing or excluding parts of his being by outside conditions and illusions?

That’s why my insistence, again and again, that if you suppress your anger you will not be able to enter the divine temple — because that is what you are doing: you are trying to leave the anger outside the temple and enter the temple. How can you enter? Because who will be left with the anger outside? — it is you. If you are trying to suppress sex, then you will not be able to enter the divine temple, because who is sex? — it is you, your energy. Nothing can be left outside. If you leave something outside, your totality will be left outside; then there is only one possibility: you will remain outside and you will dream that you have entered. That’s what your so many “mahatmas” are doing. They are outside the temple dreaming that they have entered and they are seeing God, they are in heaven or moksha.

Only total will you enter — not even a single part can be left behind. Then what to do? There are ugly parts, I know; and I understand your embarrassing situation. You would not like to bring those ugly parts to the divine; you would not like to present those ugly parts to the divine. I understand your trouble, your problem. You would like to drop all sex, all anger, all jealousy, hatred — you would like to become a pure virgin, innocence. Good. Your thinking is good, but the way you are trying to do it is not possible. The only way is: transform. Don’t cut your parts; transform them. The ugliness can become beauty.

Have you watched what happens in the garden? You bring cow dung — smelling — fertilizers, manure — smelling badly — but within months, the manure has disappeared in the earth; now it has come as beautiful flowers with such a divine fragrance around them. This is transformation. The bad smell has become fragrance; the ugly shape of manure has become beautiful flowers. Life needs transformation. You will enter into the divine’s temple total — transformed. Don’t suppress anything; rather, try to find the key to transform it.

Anger becomes compassion. A person who has no anger can never be compassionate — never. It is not a coincidence that all the twenty-four teerthankeras of the Jains were born kshatriyas, warriors, men of anger, and they became the preachers of nonviolence and compassion. Buddha is a warrior, comes from a kshatriya family, a samurai; and he became the greatest flower of compassion ever. Why? They had much more anger than you have. When the anger was converted and transformed, of course, it became a tremendous energy.

You need anger. You need it as you are right now because it is a protective shell, and you will need it when you are transformed because then it becomes fuel, energy. It is pure energy. Have you seen a small child, sometimes, really in anger? How beautiful the small child looks — radiant, vital, as if he can explode and destroy the whole world. Just a small, tiny child, looks like atomic energy — red in the face, jumping and crying — just energy, pure energy. If you don’t suppress the child, and teach him how to understand this energy, there will be no need of any suppression: the same energy can be transformed.

You watch: clouds gather in the sky, and then there is great lightning and thunder. This lightning, just a few hundred years before, was a terrifying factor in the life of humanity. Man became so afraid of the lightning — you cannot imagine now, because now that same lightning has become electricity. It has become a servant in the home: it runs your air conditioner; it runs your fridge. It works continuously day and night — no slave can work that way. The same lightning was a great, terrific fact in humanity’s life.

The first god was born because of lightning — the fear. Indra was born. the god of thunder and lightning, and people started worshipping him because people thought this lightning comes as a punishment. But now nobody bothers about it, now you know the secret — you have found the key. Now the same electricity, Indra’s punishment, now functions as a slave: Indra is working behind your air conditioner, Indra is running your fridge, Indra is working in your fan. Now Indra is no longer a god, but a servant. And such a docile servant — that never strikes, never asks for any raise of the pay, nothing — a complete, total slave.

The same happens in the inner sky of man — anger is lightning. in Buddha it has become compassion. Now see Buddha’s face, so radiant. From where comes this radiancy? It is anger transformed. You are afraid of sex, but have you ever heard of any impotent man becoming enlightened? Tell me. Have you heard of any impotent man, who had no sexual energy in him, that he has become a prophet — a Mahavir, a Mohammed, a Buddha, a Christ? Have you heard about it? It never happens — it cannot happen — because the very energy is lacking. It is sex energy that rises high. It is sex energy that comes to a moment of transformation: where it becomes samadhi.

Sex energy becomes samadhi, superconsciousness. I tell you: the more sexual you are, the more is the possibility; so don’t be afraid. More sexuality only shows that you have too much energy. Very good. You should be thankful to God, and you are not thankful — rather, you feel guilty; rather, you feel like complaining against God that “Why have you given this energy to me?” You don’t know what is possible with this energy in the future. A Buddha is not impotent. He lived a very, very fulfilling sexual life — not an ordinary sexual life. His father had called all the beautiful women in the kingdom to serve him; all the beautiful young girls were serving him.

Don’t condemn; don’t suppress. Transform. Be more understanding, alert; only then will you be able to enter in totality. And there is no other way; the other way is just to dream and imagine.