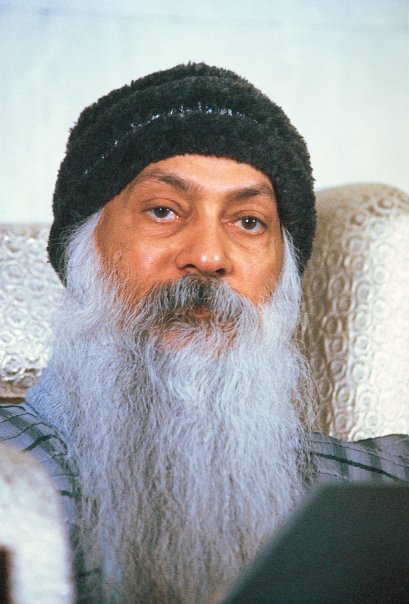 Question – Beloved Master, The other day you said that the old people become cunning. What are your grounds for saying so?

Osho – Kumarel, I am a crazy person. I don’t say things because there are grounds to say them. I simply say something because I enjoy saying it. I cannot give you any proofs and I am never interested in proofs, but I can tell you a story. Those who understand, for them this will be a proof; and for those who don’t understand, nothing can ever be a proof. I stated a simple phenomenon; no proofs are needed. Just watch, just watch yourself and others.

Look at the human child. Can the human child survive without the support of the society and the family? But animal children survive; they are born more perfect. It is only man’s child who seems to be prematurely born, as if he needed at least nine months more in the womb. But the problem is that if he lives eighteen months in the womb then he cannot come out; it will be too late, he will be too big. So he comes out, but utterly helpless. The human child is helpless, weak; he has to be taught.

In fact he becomes of any worth only after twenty-five years — that is one third of his life. He needs preparation to be worthy enough to compete in the world. Then why has man survived and all other animals have either disappeared or are disappearing? They have all been defeated for the simple reason that man is the most cunning. Because of his cunningness he could invent; he does not have strength enough to fight with any animal but he could invent weapons. He has not the strength to tear an animal apart just with his bare hands, but he has invented swords. Swords are nothing but magnified nails. He cannot use his teeth to kill so he has invented many things to kill. He is the most cunning, and as the centuries have passed he has become more and more cunning.

“Listen,” exclaimed the old rooster at the meeting that night, “that farmer thinks I’m too old to service all his chickens, but that’s not true. I’ve still got a few good years left and I don’t want to become the family’s Sunday dinner prematurely. So let’s make a deal!”

The deal that the old rooster had in mind was that the two roosters would get into a make-believe fight which would end up with the young rooster chasing the old-timer around the coop pretending not to be able to catch him. The noise of this make-believe altercation would bring out the farmer who would see the old rooster running faster than the new one and thus spare the old stud from the knife for a few years at least.

For doing this, the young rooster would get to fuck all the pretty chickens. The deal was made. The next day the action started, with all the chickens squawking and the roosters cock-a-doodaling. The farmer came out and spied the new rooster chasing the old one. Picking up his rifle he shot the young rooster dead and exclaimed, “Goddamn! That is the third faggot rooster I’ve shot this week.”