Osho – Energy is neither anger nor love nor hate. Energy is simply energy – neutral 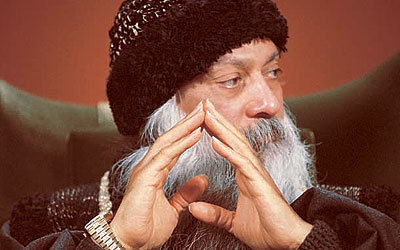 Osho – Gurdjieff used to create situations in which he would force anger upon you, or hatred, or any other mood, and that was a created phenomenon. You would not be aware of what is going to happen. Gurdjieff is sitting with his disciples, and as you enter you are not aware of what is going to happen, but they are ready to create anger in you. They will behave in such a way… Someone will say something, and the whole group will behave so insultingly that you will become furious. Suddenly anger will come up; you are aflame. And when Gurdjieff has seen that now a point has come from where you can either go deep down or you can go out, when the peak has come within you and you are just going to explode, then he will say, ”Close your eyes. Now be aware of your anger and go back.”

Only then would you realize that the situation was a created one. No one was interested in insulting you – that was just a drama, a psychodrama – but the anger has arisen. And even if you come to know that it was simply a drama, the energy cannot suddenly go down, it will take time. Now you can move down with the falling energy to the source. This energy will just help you to go down to where it has come from; you can connect now with the original source. And this is one of the most successful methods of meditation.

Once you can know how the energy falls back with you to the center, there is no need of any suppression and there is no need of any expression. Right now you are not angry. I say something – you become angry. From where is this energy coming? A moment before you were not angry, but the energy was in you. If this energy can fall back again to the source, you will again be the same as you were a moment before.

So remember, if you love deeply you will not have much energy to be angry. If you do not love at all, then you will have much energy to be angry, and you will go on finding situations in which to be angry. If your energy is expressed through sex, you will be less violent. If your energy is not expressed through sex, you will be more violent. That is why militaries will never allow sexual relationships for the soldiers. If it is allowed, the militaries will become absolutely impotent to fight.

That is why, whenever civilization comes to a peak, it cannot fight. So always, more cultured and more civilized societies are overrun and defeated by lesser civilizations – always, because a more developed society cares about its individuals’ every need, and sex is included. So when a society is really established, affluent, everybody’s sexual need is fulfilled – but when the sexual need is fulfilled you cannot fight. You can fight very easily if the sexual need is not fulfilled. So if you want a world of peace, more freedom for sex will be needed. If you want a world of warring, fighting, then deny sex, suppress sex, create anti-sex attitudes.

This is a very paradoxical thing: the so-called saints and sages go on talking about peace, and they go on talking against sex also. They go on creating an anti-sex atmosphere, and at the same time they go on saying that the world needs peace, not war. This is absurd. Hippies are more correct; their slogan is right: ”Make love, do not make war.” That is right. If you can make love more, really you cannot make war. That is why the so-called sannyasins who have suppressed sex will always be violent, angry about nothing: just angry, just violent, bubbling, waiting to explode. Their whole energy is unexpressed.

Unless the energy falls down to the source, no BRAHMACHARYA, no real celibacy is possible. You can suppress sex – then it will become violence. If the sex energy moves down to the center, you will be just like a child.

The child has more sex energy than you, but it is still in the source; it has not moved to the body yet. It will move. When the body will be ready and the glands will be ready and the body will be mature, the energy will move. Why does a child look so innocent? The energy is at the source; it has not moved. Again the same thing happens when someone becomes enlightened. The whole energy moves to the source, and the person becomes childlike. That is what Jesus means when he says, ”Only those who are like children will be able to enter into my kingdom of God.”

One thought on “Osho – Energy is neither anger nor love nor hate. Energy is simply energy – neutral”