Osho – Every longing is the longing of the mind, and mind is the only barrier 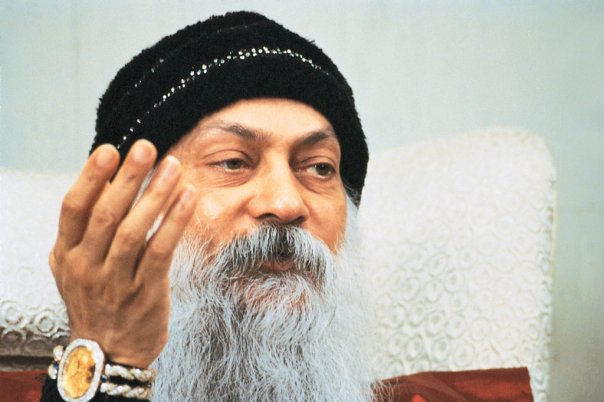 Osho – To truth there cannot be many ways. To truth there is only one ultimate way. Reduced to its simplicity, it is dis-identifying yourself from the body and the mind and just being a witness, without any judgment, without any appreciation, without any activity on your part — just a reflecting mirror. This is the ultimate way and this is the only real way. There are a thousand other ways proposed, but they don’t lead to truth, they lead to different places….

For example, if somebody is reciting the name of Buddha… Buddha never became a buddha by reciting his name. He followed the ultimate way — and that too in a strange situation because he had no master. He stumbled and groped for six years continuously, from door to door, from master to master, but nobody satisfied his thirst. They talked about great things but he could see that those great things had not happened to them. They were just like parrots, repeating. They were learned scholars but not experienced wise people.

After six years of strenuous search, one fullmoon night he sat under a tree near Bodhgaya. And he was so tired of this whole search — and this has been missed by the scholars completely, that he was so tired of the whole search, so fed up that he thought, “I have renounced the world — now let me renounce this search too. I’m so utterly tired, I don’t want to do anything.”

That night he slept for the first time in six years without any tensions, without any anxieties, utterly relaxed. And when he opened his eyes, the last star in the morning was just disappearing.

Seeing that star disappearing, desiring nothing, wanting nothing — not even truth, not even enlightenment — suddenly he became a mirror. In the mirror, as the star disappeared in the sky… from his mirror everything disappeared. He became enlightened not because he was longing for it, he became enlightened at a moment when he had dropped all longing. Every longing is the longing of the mind, and mind is the only barrier.

So what is the ultimate way, the Great Way? To get detached from the mind and the body structure. These are your imprisonments. And as you become detached, away and away, beyond and beyond, suddenly you see that you consist only of pure consciousness. Your consciousness was imprisoned in a certain body form, in a certain mind. And you have been imprisoned for centuries, for many, many births. Just a small glimpse of the beyond and the heart throbs with a new joy. A dance descends on you. Life becomes just a ceremony, a moment-to-moment festival, because now you are no longer a prisoner or a slave. You are freedom itself.

Osho – He (enlightened man) does not answer your questions; he answers you

Osho – Live the material in a spiritual way; bring the quality of the spirit to matter

Osho – Mystic can say existence is divine, because he is pure love