Osho – Everybody has a Murderer in him 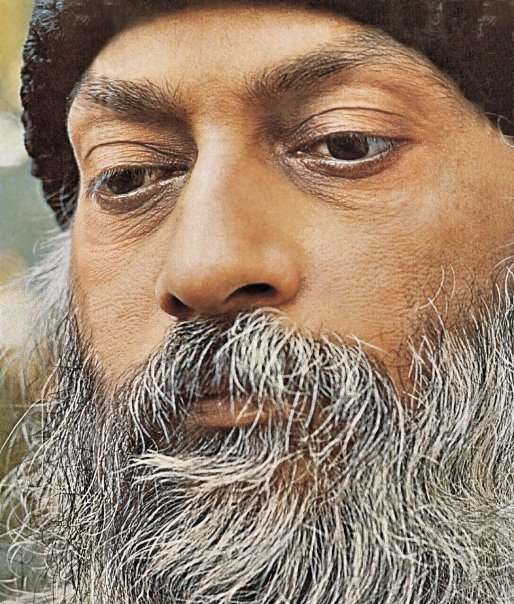 [A sannyasin said she had enjoyed two groups but not the encounter because she felt condemned for not bringing up hatred. She said in another group she had felt murderous and fearful of it, but in the encounter she was not feeling hate.]

Osho – There is nothing to be worried about. In fact, everybody has a murderer in him. It is not something that you have. In fact every man, every woman, is the whole humanity in a miniature form. Whatsoever can be done by any man can be done by you; it is potentially there. You can commit a murder, you can commit suicide; you can become a sinner, you can become a saint.

You can become Adolf Hitler and you can become a Buddha: the whole spectrum, each individual has the whole spectrum. So never be worried, these are not problems; this is just the spectrum that is available to you. It is like you have a radio, all the stations are available. You have to tune in to whichsoever station you want and then you start functioning on that wavelength.

Anger is there, hate is there, love is there; all wavelengths are available. Now it depends on you what you want to be. If you tune yourself into love, love will become available and all else it will recede into the background. It will always remain there; whenever you want to change the wavelength you can.

This is something very important to understand: even a Buddha, if he wants to be angry can immediately tune himself into the anger. It has not died, it is just lying dormant there; it is still available. He will not use it – that is another matter – but if he wants to use it, it is not that it is not available; it is there.

Your potential always remains there. If you don’t use it, it remains dormant; if you use it, it becomes more manifest. The difference between a Buddha and you is not that you have anger and he has no anger. The only difference is that he chooses his anger and you are chosen by your anger. Your anger becomes your master; he is master of his own self. Anger cannot possess him, unless he decides so, but the decision is always his. That is the only difference.

So don’t be worried about that. And sometimes it happens: when you want to bring something out it becomes more difficult, and when everybody is saying ’Come on! Come out!’ one becomes more shrunken. I think softer groups will bring you more to your reality. So next time you come, remind me in the beginning softer groups. Maybe Encounter was too hard. Kyo was better because Kyo is a softer phenomenon.

So next time I will give you softer groups and they will bring up all that is hidden. Sometimes a persuasion is needed, sometimes one has to be forced, and it is so difficult because each individual is so unique. Now, when I send you to the Encounter, Encounter has a certain structure. They cannot be persuasive, that is not part of their structure. They provoke, they don’t persuade, and maybe that was not right for you, that’s all.