Osho – Everything that is valuable comes from your own innermost being 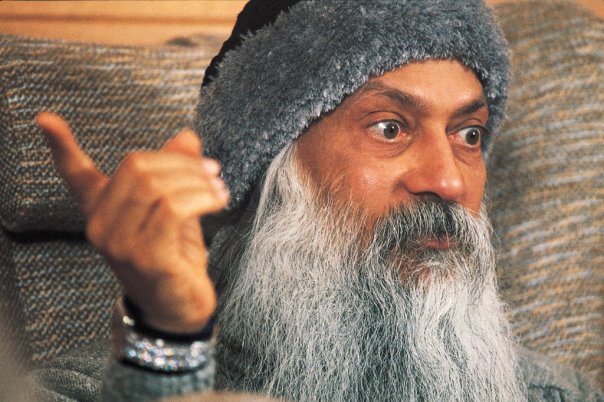 Question : You have spoken of the need for Courage. Where does Courage come from? Is there any way to stimulate people’s Courage?

Yes, courage is needed, and for that you will have to go to the same source. It is in a way a very simple phenomenon. There is nothing complex in it because there is only one source for every great value. So by achieving one thing, you achieve all great values simultaneously.

You ask me, “Is there some way to stimulate courage?” That’s what the commune is for. Everything in human life is contagious, because no man is an island. We are all part of one infinite continent. So anything that is happening in me, if you are available it immediately starts happening in you. Something is triggered. Carl Gustav Jung has coined a new word for it: synchronicity. It is a beautiful word. And everybody experiences it. For example, here… silence is your synchronicity. Everybody is so silent that you are surrounded from everywhere by a pool of silence.

Everybody in the world once in a while has experienced the other polarity, too. You may be sad, but you meet a few friends who are laughing, joking, enjoying, dancing, and you forget all about your sadness, all about your worries. Something overpowers you. Their energy is much bigger than your misery.

Your misery simply slips out of you. You start dancing, singing, your face changes, and afterwards you will feel so much nourished, so much stronger that even though those people have left, the misery cannot enter you again. Now you are far stronger and far more nourished. Misery needs a certain weakness, certain loopholes, a certain readiness on your part to be miserable.

But we are living in a kind of human ocean which we cannot see — just like the air which we cannot see, but which surrounds us all. What is my breath this moment may become your breath in the next moment. It is changing its place every moment. You are inhaling, exhaling; everybody is inhaling, exhaling. Everybody is inhaling from somebody else; everybody is exhaling into somebody else. In the same way, you are continuously inhaling and exhaling all other inner values, which are even more subtle than the air. There is a constant exchange, uninterrupted even in your sleep.

I have made thousands of experiments about everything before I have said anything about it For example, I have tried to make a sleeping man miserable or happy in his sleep. He does not know what is happening, he is fast asleep. But in the darkness, twelve meditators are sitting, projecting sadness, misery. Soon the person starts moaning, may have nightmares that somebody is killing him, that something really terrible is happening to him. He starts grinding his teeth. He really wants to get out of it. We have observed his hands, holding his blanket as a last resort. Perhaps he is drowning, or who knows what.

And we have changed the same person by changing our projection. We have projected love, joy, rejoicing, dancing, laughter. Just a thought being projected towards the man by twelve people who have a certain capacity of meditation, and the moaning stops. His hands get relaxed on the blanket. His face is no more distorted. Soon he starts giggling. You cannot believe it when you see a sleeping person behaving in this way. He is smiling. You have never seen his face so beautiful as he is looking at this moment.

This is the function of the commune, where so many people are just happy for no reason at all, where life is just fun, every moment of it. We can radiate from this commune for miles around.

New people coming from some other country outside America have reported to me that the moment they enter Rancho Rajneesh something in the air changes. Suddenly they feel as if they have come home, and they have never been here before. Perhaps never in their millions of lives — I don’t think they have been born in the Big Muddy Ranch, but suddenly they feel at home, as they have never felt even in their own home. And as they come closer to the commune, a great joy starts arising in them for no visible reason.

We have not only created an oasis in the desert, we have created an oasis of consciousness, too, which is far deeper, far more powerful, far more significant. And soon, as our other communes in the world will be becoming more mature….
My idea is to make a belt of energy around the world, so in fact we become one commune as far as the energy belt is concerned.

So all the communes may be far away from each other in space, but in the inner world they are all together. You don’t have only five thousand people’s strength, you have the strength of one million sannyasins, wherever they may be. And each commune has one million sannyasins’ support. So if we have two hundred communes, the inner logic and arithmetic is that we have already 200,000,000 sannyasins — that much energy, the quality, the quantity. And that is going to transform the world.

Never before has any experiment of this kind been made, so ordinarily nothing is known about it. But I have been experimenting on small scales until I have become absolutely certain of something. I have not tried to make any effort for expansion. We are in perfectly good shape — it could not be better — to do the job that we have chosen.

We can be so full of bliss that we can fill the whole universe with our bliss, our rejoicing our dance, our laughter. And to me, this is revolution, an absolute psychological change in the atmosphere of the world.