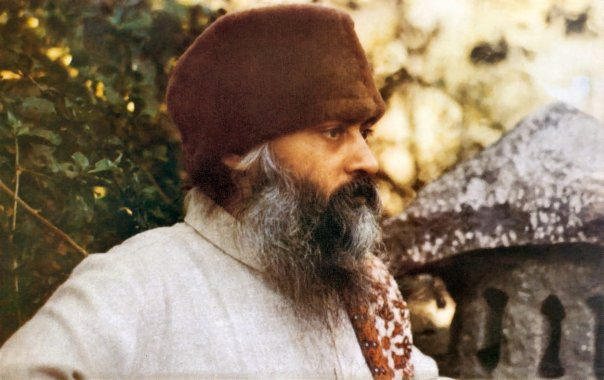 Osho – Evolution is an unconscious phenomenon. It is a natural phenomenon. The scientists say man was born as a fish in the ocean. Millions of years have passed between the stage of the fish and that of the human being. It took really long to get to the stage of a human being. Man had to pass through almost all kinds of animal stages. The last stage before man was something like the ape, the monkey.

All this has happened unconsciously; no deliberate effort has been there. But since man became man that evolutionary process seems to have stopped. It seems it has come to its culmination, because man has been man for thousands of years and nothing has happened, no further growth has happened. It definitively shows one thing: that nature has done all it could do; now we have to take the whole course in our hands.

We have to move from evolution to revolution. Evolution means unconscious, revolution means conscious. Evolution is growth but because it is unconscious it takes millions of years. Revolution is also growth but because it is conscious it is like a quantum leap, like a jump. It is not gradual, you don’t go slowly step by step. It all depends on you, on how courageous you are. Even in a single step one can move from a human being to a god, to a Buddha, to a Christ, just in a single leap. It all depends on your intensity, your commitment, involvement, your totality.

Sannyas is significant only because the process of evolution has stopped, it has come to a full stop. Now man will not be growing naturally. There is no possibility of man growing naturally any more, he will remain man unless he decides to grow consciously, deliberately, purposively. That’s what sannyas is, a conscious decision to grow. And that is the beginning of revolution. Go beyond evolution and start a revolution in your life.

Source – Osho Book “I Am Not As Drunk”