Osho – Freedom is frightening, because freedom simply means you will not be there 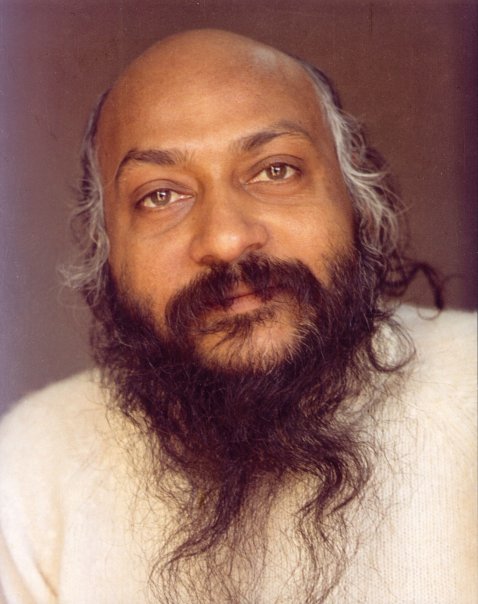 Question – When I was younger I used to feel a certain pull near open windows, High up in buildings. Many of the people with whom I work now also Do. The feeling is : “If I go any closer, I may have to jump”. My experience is that it is not suicidal. What is it? Can you say more about it?

Osho – Yes, Devabhakta. I can say more about it because I have felt that same fear in you when you come close to me. You keep a certain distance. You are afraid. The fear is not suicidal – or is suicidal in a very different sense, in a spiritual sense.

Freedom is frightening, because freedom simply means you will not be there. It is not that you are going to be free: you are going to be free from yourself. You are the bondage – when the bondage disappears, you disappear. And sometimes that fear can come to you when you are close to a window on a high building, or close to an abyss in the mountains. That feeling can take possession of you.

That physical situation can become a triggering inside your psyche. It can give you the idea that it is possible to disappear. And remember, there is both fear and there is attraction – it is always so. Whenever you are attracted by something, you are also afraid of it. That’s why man is attracted towards women and IS afraid of women.

That’s why I say your so-called saints who are still afraid of women are still in love with women. Certainly they are – they are obsessed, because fear and love go together. They may have moved to the Himalayan caves; sitting in their caves they may not be thinking at all that they are in any way interested in women, but they are frightened. If the rumour comes that a beautiful woman is coming to the mountains to visit, something will stir inside them. Fear it will be! But fear shows attraction; fear shows that you are still involved.

The scriptures that say anything against women are scriptures written by people who were obsessed with women. They may have renounced but they have not changed; they are the same people. One day they were rushing towards women, another day they start rushing away from women, but it is the same game played in a different way. The woman remains their attraction, their fear.

And so is the case when you are attracted to a man.When a woman is attracted towards a man, there is fear. ALL love creates fear, immediately brings fear. So these two things go together. You are attracted to the open windows, because there is great attraction in being free from this cage that has become your life. But this is the only life that you know of. Then there comes fear – who knows? is there another life or not? You may simply disappear as you are and you may not appear on another plane, in another existence – then what?

Making love to a woman or man, the same fear grips you. That’s why orgasm is so impossible, so difficult. And don’t think that only women find it difficult to have orgasm – it is exactly as difficult for men as it is for women. With man one simple thing helps him to pretend: his ejaculation helps him – he thinks he has attained the orgasm because he can see something visible happening. The woman has no visible ejaculation, so she is puzzled, worried whether she had the orgasm or not.

Ejaculation is not orgasm. Orgasm means you use the other’s being as a window and you leap into the unknown; the other uses your window and leaps into the unknown… then there is orgasm. When you disappear, orgasm happens. Orgasm is a state of IMMENSE expansion. It is expansion of consciousness, it is a state of unboundedness. You become one with the sky. You are no more tiny, you are no more in limitations.

YOU ARE NO MORE! Because as long as you are, there are limitations, boundaries, definitions. When all definitions have been broken and you are simply there, indefinable, inexpressible, something of the grandeur of God has happened to you… for a moment you have melted and you have known and you have tasted.

The same happens to a disciple coming to a master – the fear. Hence, down the ages, so much has been talked about trust. What is trust? Trust means simply the courage to take the jump. It is risky, it is a gamble, because there can be no security. What security is there to be with mc? What security is there to surrender to me? I don’t guarantee you anything! I can’t say what is going to happen, because it can’t be said. You have to move in darkness and you have to move in great trust – only then can you move.

You don’t trust in the sun, you don’t trust in the moon they are simply there. Nobody asks any proof for the sun or for the moon. They are simply there, they are facts. Trust is not needed. That’s why in science trust is not needed, because science searches for the facts. In religion trust is needed because trust makes you available towards the ultimate and makes truth available to you. Trust is the door, a window to truth. But courage will be needed.

Devabhakta, that fear, that attraction to the windows, that you were pulled also, was showing one thing: that from your very childhood you have been in a search. Maybe the search has been carried down the ages through other lives – that’s my feeling about you. You have been groping and searching; you have been continuously searching .

Hence the fear and the attraction. Attraction because the search is there, and fear because who knows? – if you go too close to the window, in a sudden mad moment you may be so much thrilled, you may be so much possessed by the idea, you may take the jump. Then what? So it is better not to go very close.

And that I have been watching in you when you came to me. Even in Germany you were not wearing orange and the mala – that too is part of that fear. You don’t want to get too much involved with me; you want to keep a safe distance. When you come here you allow a little bit of closeness, but when you go away you start avoiding me. And I have been trying to contact you, but you were not available. I can contact you only if you remain involved with me. I wanted to help you, but you were disconnected.

So if somebody is trying to cheat me, he is really cheating himself. I go on trying to contact my people, and I can contact only those who are REALLY with me – in thick and thin, in joy and in misery, in ecstasy and agony, in life and death. I can contact only those people. So now become a little more alert. Much is possible. I am also a window. There is no need to be afraid – fear is natural, still there is no need to be afraid . In spite of the fear, come close to me. One kind of suicide will happen: the ego will commit suicide. That’s what sannyas is all about.

Attraction is there, so you have become a sannyasin; and fear is there, so you are trying to avoid still. Hesitantly, you take one step towards Me and one step away from me. This hesitation can destroy this opportunity. Jumping from a high building from a window is not going to help. But now the window is available for which you have been hankering, and you can jump, and you can die and
be reborn.