Osho – Fun is not goal-oriented; it has no goal. Fun itself is the goal 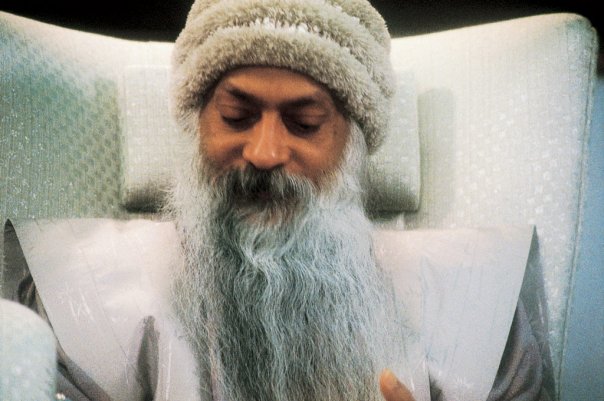 Osho – When you are playing, you are not trying to prove that you are somebody. You are at ease, at home. While playing, just for fun, you are not worried what others think about you. Have you seen a father in a mock fight with his child? He will be defeated. He will lie down and the child will sit on his chest and laugh, and say, ”I am the winner!” – and the father will be happy. It is just fun. In fun you can be defeated and be happy. Fun isn’t serious, it is not related to the ego. Ego is always serious.

So remember, if you are serious, you will always be in turmoil, inner turmoil. A saint is always in play, as if shooting for the fun of it. He is not interested in shooting at a particular target, he is just enjoying himself.

A German philosopher, Eugene Herrigel, went to Japan to learn meditation. And in Japan they use all types of excuses to teach meditation – archery is one of them. Herrigel was a perfect archer; he was one hundred percent accurate, he never missed the mark. So he went to a master to learn meditation through archery, because he was already skilled in it.

Three years of study passed and Herrigel started feeling that it was a waste of time. The master went on insisting that HE should not shoot. He told Herrigel, ”Let the arrow leave by itself. You should not be there when you aim, let the arrow aim itself.”

Herrigel could not understand. He tried and tried and said again and again, ”If my aim is a hundred percent accurate, why don’t you give me the certificate?”
The Western mind is always interested in the end result and the East is always interested in the beginning, not in the end. To the Eastern mind the end is useless; the importance is in the beginning, in the archer, not in the target. So the master said, ”No!”

Then, completely disappointed, Herrigel asked permission to leave. He said, ”Then I will have to go. Three years is so long and nothing has been gained. You go on saying no…that I am still the same.”

The day he was to leave he went to say goodbye to the master and found him teaching other disciples. This morning Herrigel was not interested; he was leaving, he had dropped the whole project. So he was just waiting there for the master to finish so that he could say his goodbye and leave.

Ego is always target-oriented. Fun has no target to reach, fun is in the beginning when the arrow leaves the bow. If it shoots that is accidental, if it reaches the target that is not relevant; whether it reaches or misses is not the point. But when the arrow leaves the bow, the archer should be in fun, enjoying, not serious. When you are serious you are tense, when you are not serious you are relaxed, and when you are relaxed you are. When you are tense, the ego is; YOU are clouded.

For the first time Herrigel looked…because now he was not interested. It was none of his business now, he had dropped the whole thing. He was leaving so there was no question of seriousness. He had accepted his failure, there was nothing to be proved. He looked, and for the first time his eyes were not obsessed with the target.

He looked at the master and it was as if the arrow was shooting itself from the bow. The master was only giving it energy, he was not shooting. He was not doing anything, the whole thing was effortless. Herrigel looked, and for the first time he understood.

As if enchanted he approached the master, took the bow in his hand and drew back the arrow. The master said, ”You have reached. This is what I have been telling you to do for three years.” The arrow had not yet left the bow and the master said, ”Finished. The target is attained.” Now he was having fun, he was not serious, he was not goaloriented.

This is the difference. Fun is not goal-oriented; it has no goal. Fun itself is the goal, the intrinsic value, nothing exists outside it. You enjoy it, that is all. There is no purpose to it, you play with it, that is all.