Skip to content
Osho on Love Osho on Nature Trees 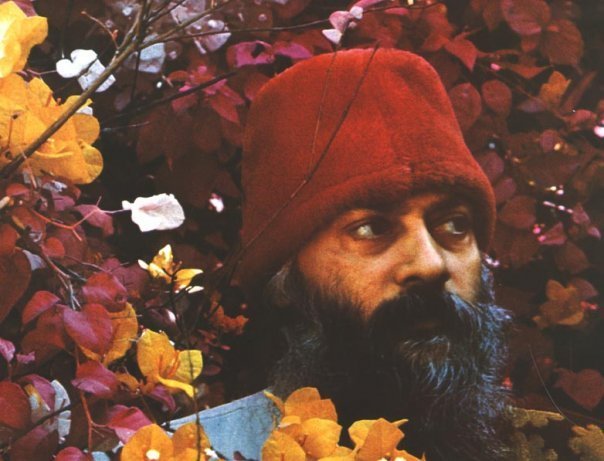 Osho : I have, my whole life, loved trees. I have lived everywhere with trees growing wild around me. I am a lazy man, you know, so somebody had to look after my trees. And I had to be careful about those people who were looking after them, because they were all prophets, messiahs, messengers of God: they all tried to do something to the tree, they wouldn’t allow the tree to be itself. They would prune it, they would cut it.

I had one gardener in Jabalpur–a beautiful old man–but I told him, “The moment I catch you cutting anything, you are fired. I love you, I respect you, but I love and respect my trees more, so be careful! Don’t be caught.”

He said, “What kind of garden is this? And I am a gardener–I HAVE to cut. I cannot allow trees to go wild, the whole garden will be destroyed. And if I don’t cut”–he was just working on a rosebush. He said, “If I don’t prune this rosebush then the flowers will be small. I have to go on cutting many buds, then there will be few flowers but really big. And I have been winning prizes my whole life for my flowers’ bigness.”

I said, “You will have to forget about your prizes now, I am not interested in your prizes. I don’t care whether the flower is big or small. If the tree wants to blossom in a hundred flowers, who are you to manage just to create one flower? I understand, your logic is simple: if all the buds are cut then the whole juice of the tree moves into one flower; it certainly becomes big.”

He had been winning prizes. Each year there was a state-wide competition and he was always winning the prizes. In fact I got hold of him just because of that, because that year he had won the prizes, and I saw his flowers and I could not believe…. So I told him, “You just come and be my gardener.”

He said, “What about my salary?”

“Salary” I said, “you decide; gardening I will decide.” Poor man–he was getting only seventy rupees per month, wherever he was working. Now a poor man cannot even imagine much.

He must have stretched his whole imagination, and he came up with one hundred and forty–double. He could not believe that I was going to say yes.

I said, “No, it is not too much. I was wondering how far you could stretch your imagination: only seventy rupees more? Seventy has become a fixed idea in your mind, and asking for one hundred and forty you are feeling guilty. That is decided–if you had asked any amount I was going to give it to you.

Perhaps Jesus gets the prize because he has cut so many buds and made so many Catholics and so many Christians. Perhaps Krishna gets the prize. But what about these people you are cutting in the name of saving them?

I said, “This is your last year of prizes. Now–if my garden goes wild, let it go wild; that’s what nature wants it to be.”

But his whole life…. Whenever I was out–I would go to the university and he would start doing his thing. I had to come in the middle of the day when he was not expecting me. I had to leave my car far away so he could not see the car coming. And then I would come and I would catch the old man. He would say, “Excuse me–just an old habit! I cannot see this garden being destroyed. And I feel guilty that I am getting double the salary–for what? Just letting this garden get destroyed?”

I said, “It is not destroyed. You have to understand. This is the way it would have been if we were not here; if all men disappeared, it would be this way. Let it be the way it would be if man had not interfered. You can support, you can help, you can be a friend, but don’t be a savior.”