Osho on Gautama the Buddha and Jesus Christ Message 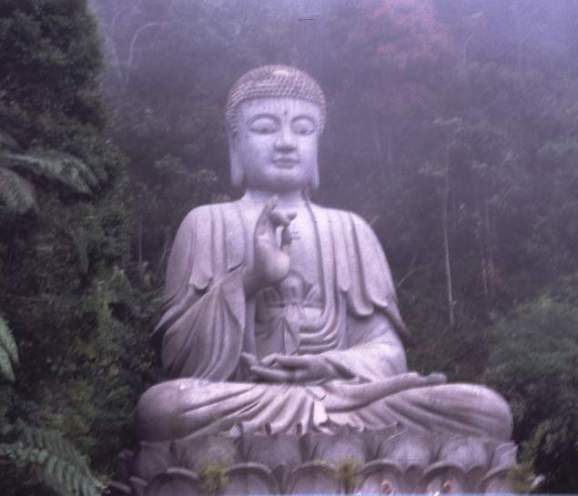 Osho – Gautama the Buddha’s most fundamental message to humanity is that man is asleep. Man is born asleep. He is not talking about the ordinary sleep; he is talking about a metaphysical sleep, a deep deep unconsciousness within you. You are acting out of that unconsciousness, so whatsoever you do goes wrong. It is impossible to do right with this unconsciousness within you. This unconsciousness perverts all of your efforts, it leads you into wrong directions. It is bound to be so. Even if a buddha is with you, you will misunderstand him for the mere reason that you are not conscious. If you are really asleep and a buddha is sitting by the side of you, you cannot recognize him, you cannot see him, you cannot feel him. You will go on dreaming in your own way; you will remain confined to your own private world of dreams.

The most private thing in life is your dreaming. When the dreaming disappears you enter into the world of the universal. Then you enter into truth, into God, into nirvana. But with all your dreams, that is impossible; you are lost in your own dreams. And it is not only one dream within you; millions of them are constantly growing… one is being replaced by another. You think that now you are awake because one dream has left you, but another has taken its place. You can even dream that you are awake. Buddhas go on shouting, but you don’t hear.

Jesus says: If you have eyes to see, see. If you have ears to hear, hear. He is not talking with deaf and blind people, he is talking with people like you. He is saying exactly the same thing that Buddha is saying: that you are asleep. Jesus had been to India, and when Jesus came to India, Buddha was very much alive. Although he had left his body five hundred years before, the air was still full with his songs. There were still people deeply connected with him; there were still people for whom he was almost a tangible reality.

Buddha had said that “My religion will last for five hundred years.” Those years were coming to an end; it was the last phase. The sun was setting, but the sun was still on the horizon. Jesus must have visited Buddhist schools, monasteries. In Ladakh there is still a hand-written scripture in existence in which Jesus has written about his coming to India, his visit, his experiences, what he had gained here. Christian scriptures are completely silent about his life.

Just being born is not enough to be awake. Awakening has to be achieved through arduous effort; otherwise you can pass your whole life wandering in the forest of dreams. And he was aware that the people who were listening to him were not capable of understanding him at all. He was saying one thing and they would understand another. He was aware that there was something that seemed to be hindering the message.