Skip to content
Osho on Consciousness Osho on God

Osho – God is not a thought but the experience of thoughtlessness 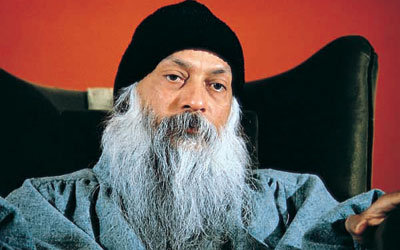 Osho – Deva means divine, unmana means no-mind. The state of no-mind is the state of the divine. God is not a thought but the experience of thoughtlessness. It is not a content in the mind; it is the explosion when the mind is contentless. It is not an object that you can see; it is the very capacity to see. It is not the seen but the seer. It is not like the clouds that gather in the sky, but the sky when there are no clouds. It is that empty sky.

Unmana means the inner sky without clouds, unconsciousness without content, awareness – not of something, but simple awareness, not of something in particular. Because whenever the awareness is of something in particular, it starts moving away from itself; it becomes focussed on the object. It forgets itself It becomes too impressed by the object. When the consciousness is not going out to any object, when there is nothing to see, nothing to think, just emptiness all around, then one falls upon oneself. There is nowhere to go – one relapses, relaxes into one’s source, and that source is god.

Unmana, no mind, is the way to god. Animals have no mind but that is a state of unconsciousness. Buddhas also have no minds but that is a state of consciousness. There is a similarity between the world of the animals and the world of the buddhas, and dissimilarity. There is a similarity as far as mind is concerned: animals are pre-mind, buddhas are post-mind. But there is a dissimilarity too: animals are unconscious – they don’t know who they are; buddhas know who they are. So in buddhas there is that simplicity of the animal kingdom, and yet that simplicity is not ignorance – it is luminous, it is full of light. Hence it is called enlightenment. Man is just between the two – part animal, part buddha – hence the tension, the anguish of man, the continuous pull from opposite directions.

Remember: there is no way to go back, nothing can ever go back – everything goes ahead. In the effort to go back one becomes simply stuck, stuck where one is. Man cannot become an animal again.

Walt Whitman writes many times, in many poems that he feels jealous of animals. One does feel that – I can understand, mm? the beauty, the silence, the spontaneity, the state of innocence, no turmoil, no conflict, no ambition, no politics, nothing of the sort, living moment to moment. One becomes jealous of animals, but there is no way to go back. Walt Whitman cannot go back and become an animal. If he really wants to become as innocent as an animal he will have to become a buddha. The way is ahead, and the path is unmana – no mind.