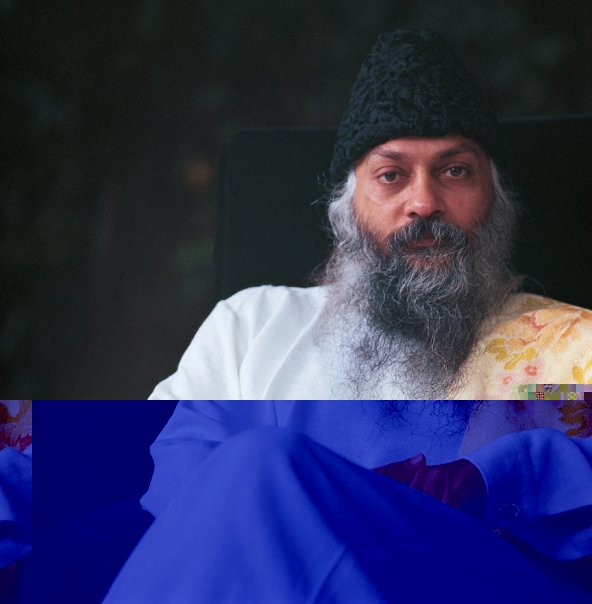 Osho – A repressed person is carrying the same world as you. Just an opportunity is needed, a provocation, and immediately the real will come out. That’s why monks disappear from the world — because there are too many provocations, too many temptations. It is difficult for them to remain contained, to hold on. So they go to the Himalayas or to the caves, they retire from the world so that even if ideas, temptations, desires arise, there is no way to fulfil them. But this is not a way of transformation.

The people who have become monks are very worldly people. The market was too much, they had moved too much in the market, then the pendulum moved to the other extreme. Greedy people renounce the world. This renunciation is not of understanding — it is just greed upside-down. First they were holding, holding…now suddenly they see the pointlessness of it, the futility of it and they start throwing it. First they were afraid to lose a single pai, now they are afraid to keep a single pai, but the fear continues. First they were too greedy about this world, now they are too greedy about the other world, but the greed is there.

These people one day or other are bound to join a monastery — then they become great celibates, great renouncers. But it does not change their nature. Except awareness, nothing changes a man, nothing at all. So don’t try to pretend. That which has not happened, has not happened. Understand it, and don’t try to pretend and don’t try to make others believe that it has happened, because nobody is going to lose in this deception except you.

People who try to control themselves have chosen a very foolish way. Control will not happen, but they will become cold. That is the only way a man can control himself — to become frozen so that energy does not arise. People who take the vows of celibacy will not eat much; in fact, they will starve their bodies. If more energy is created in the body, then there will be more sex energy, and then they don’t know what to do with it. So Buddhist monks eat only once a day — and then too, not enough. They eat only enough that bodily needs are fulfilled, very minimum needs, so no energy is left. This type of celibacy is not celibacy. When you are flowing with energy and the energy starts transforming itself into love, then a celibacy, a BRAHMACHARYA, which is beautiful, happens.

The sweet old lady came into the store and bought a package of mothballs. The next day she was back for another five packets. Another day passed and she came in for a dozen more.
‘You must have a lot of moths,’ said the salesman.
‘Yes,’ replied the old dear, ‘and I have been throwing these things at them for three days now and I have only managed to hit one!’

Through control you will not even be able to hit one. That is not the way. You are fighting with leaves, branches — cutting them here and there. That is not the way to destroy the tree of desire; the way is to cut the roots. And roots can be cut only when you have reached to the roots of desire. On the surface there are only branches — jealousy, anger, envy, hatred, lust. They are just on the surface. The deeper you move, the more you will understand: they are all coming out of one root and that root is unawareness. Meditation means awareness. It cuts the very root. Then the whole tree disappears on its own accord. Then passion becomes compassion.

I have heard about a very great Zen Master who had become old and almost blind at the age of ninety-six and no longer able to teach or work about the monastery. Yama Moto was his name.

The old man then decided it was time to die because he was of no use to anybody, he could not be of any help. So he stopped eating. When asked by his monks why he refused his food, he replied that he had outlived his usefulness and was only a bother to everybody.

They told him, ‘If you die now’ — it was January — ‘when it is so cold, everybody will be uncomfortable at your funeral and you will be an even greater nuisance. So please eat.’

This can happen only in a Zen monastery, because disciples love the Master so deeply, their respect is so deep, that there is no need for any formality. Just see what they were saying. They were saying, ‘If you die now, and it is January, see, it is so cold, everybody will be uncomfortable at the funeral and you will be an even greater nuisance. So please eat.’

He thereupon resumed eating. But when it became warm again he stopped, and not long after he quietly toppled over and died. Such compassion! One-lives then for compassion; one dies then for compassion. One is even ready to choose a right time to so that nobody is bothered and one need not be a nuisance.

Tremendous compassion! What manner of man is this, not to give even that much trouble to anybody? And these people helped thousands. Thousands were grateful to them, thousands became full of light and love because of them. Yet they would not like to bother anybody. If they are useful they would like to live and help, if they are not useful then it is time to leave and go.