Osho Guidance on Paralysis, How to deal with Paralysis case 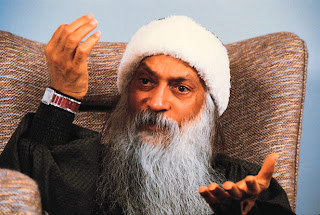 [A sannyasin asked about a friend who was paralysed, and wondered if anything could be done to help. Osho suggested the friend should become a sannyasin, and then continued…. ]

Osho – If you are lying in bed all day and you can’t move, you will continuously want to, because movement is life. Nothing else is so important as movement. Rocks are dead because they cannot move. The trees are a little more alive because a little movement is possible, but they are rooted in the earth. Animals are not rooted in the earth so they are more alive, they can be free.

Man is even more alive, because not only is he not rooted in the earth, he is not rooted in matter. His consciousness is a freedom, a sky with no boundaries. So movement is very essential and basic to life. When you are paralysed, the very paralysis, twenty-four hours a day, becomes an auto-suggestion.

While going for a walk, it may be raining – the raindrops are falling on you making you completely wet. The whole thing is that all the senses should participate – smell, touch, vision – everything. This becomes a miraculous cure.

If he loves dancing then it is perfect, because dancing is exactly the opposite pole to paralysis. People who don’t know how to dance are already half-paralysed. Paralysis is no movement and dance is pure movement. To be really alive one needs to be a dancer. That is the beauty of watching a dancer.

Suddenly you feel the ecstasy of the movement, so alive, so delicate, so tremendously moving – as if gravitation doesn’t exist. If he is a real dancer you feel that he can fly. One of the greatest dancers, Nijinsky, would take great jumps that were thought physically impossible. Scientists observed him and said that such a big jump was not possible with gravitation.

They asked him how it happened. He said he didn’t know except that a moment came when he was not; when he felt he could fly. When he jumped – and the height of the jump was a miracle – the greater miracle was his coming back to earth. He would come so slowly as if… a dry leaf is falling from the tree and comes slowly… not like a stone. It is as if he defies the whole law of gravitation. So tell him that if he can imagine dancing, that will be the cure.

Many times it has happened that a person has been paralysed for ten years, and the doctors have told him that he will not be able to move for the rest of his life. Suddenly one day the house catches fire and everybody is running out. The paralysed person forgets, and out of fear he also runs from the house.

People see him running and can’t believe it. They say, ’But this is impossible, you can’t run!’ Then he becomes aware of what he is doing and falls down. How can he run? – one can never go against the experts! But he has run! Every paralysed person can be hypnotized, and in hypnosis he starts walking. That means that the body is functioning perfectly, it is just that the belief somewhere is not cooperating. So tell him, mm? And I will be working on him….

2 thoughts on “Osho Guidance on Paralysis, How to deal with Paralysis case”