Osho – Guilt is imposed by others; shame is your own experience 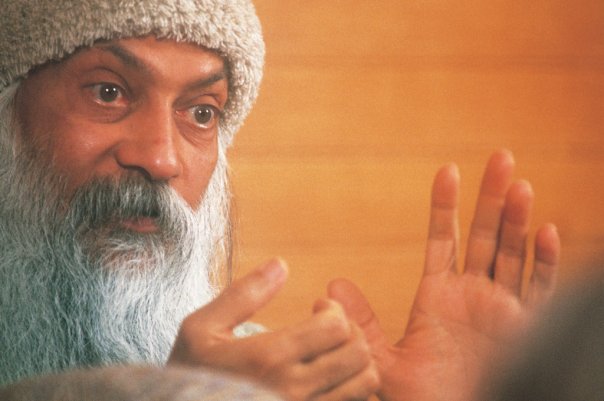 Osho – But why does the priest go on creating guilt in man? There is a secret behind it. If you can make humanity feel guilty you remain powerful. The guilty person is always ready to serve those who are powerful. He is always ready to serve those who are puritans. He is always ready to be a slave to the priests. The guilty person cannot have courage enough to be a rebel — that is the secret. Only a blissful person can be rebellious. The priests must have found this secret long ago, because they have been practicing it for centuries and they have destroyed all the beauty of the human soul.

Guilt simply says that you are a sinner. And the feeling of shame simply shows you that you need not be a sinner, that you are meant to be a saint. If you are a sinner it is only because of your unconsciousness; you are not a sinner because the society follows a certain morality and you are not following it. All moralities are not moral, and something which is moral in one country is not moral in another country. Something moral in one religion is not moral in another religion.

Something is moral today and was not moral yesterday. Morals change, morals are just arbitrary. But consciousness is eternal, it never changes. It is simply the absolute — the truth. Once you have become a little more aware you start feeling what you have done to yourself and to others. That experience brings shame, and shame is good and guilt is bad. With guilt, deep down you know that it is all nonsense.

For example, in the Jaina religion to eat in the night is a sin. If you are born a Jaina and sometimes you eat at night, you will feel very guilty; knowing perfectly well — if you are intelligent enough you will know it — that this is foolish, there can’t be any sin in eating at night. But still your conscience will prick you, because the conscience is manipulated by the priest, by the outside powers who are dominating you.

Hence guilt creates a dual personality in you: on the surface you are one person and deep down you are another — because you can see the futility of it, the nonsense of it. You become split — guilt creates schizophrenia. And the whole of humanity suffers from schizophrenia for the simple reason that we have created guilt, so much and so deeply that we have divided every man in two. One part of him is social, formal. He goes to the church and follows the rules as far as they are feasible. He maintains a certain front, a certain face, and from the back door he goes on living a totally different life — just the opposite of what he goes on preaching, just the opposite of what he goes on praising.

The idea of shame never creates any conflict within you, it never creates any split. It creates a challenge, it challenges you, it challenges your guts. It says to you, “Rise above — because that is your birthright. Reach to the peaks, they are yours. Those sunlit peaks are your real home, and what are you doing in these dark valleys, crawling like animals? You can fly — you have wings!”