Osho – The phenomenon of Weeping is mysterious 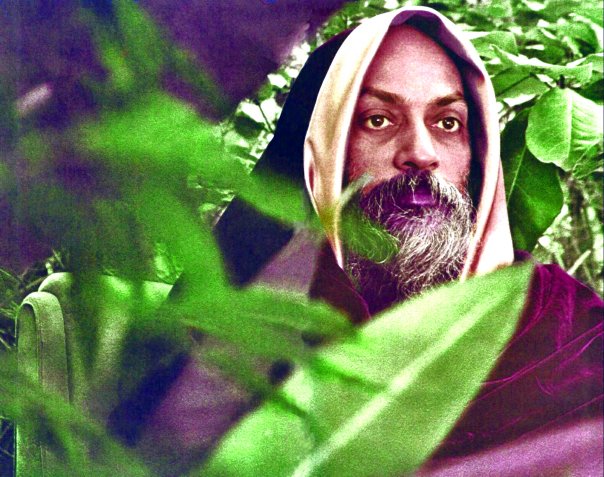 Question – Beloved Osho, Why do I always Weep when I can’t laugh? Isn’t weeping opposed to dancing, singing and celebrating?

Osho – The phenomenon of weeping is mysterious. It does not mean that you are sad, not necessarily. It is not necessarily against celebrating, against cheerfulness, against laughing; no. The tears have a very strange function: whenever something in your heart is so much that it cannot be expressed by normal means, tears are an emergency method. So they may mean anything.

You may be very happy, so happy that laughing will look stupid but tears will look perfectly right. Your tears will show that your happiness is not an ordinary happiness — it is so deep that only tears can express it; it is so extraordinarily deep that an emergency method is used.

Two friends meeting after many days, many years, may not feel like talking; talking may look too profane. They may like just to hug each other and weep on each other’s shoulders. They are saying many many things… many many memories, many many questions; unresolved moments of experience, of love. Tears will help to unburden them.

In India, particularly in villages, mothers don’t allow their children to laugh too much. They have a saying that if you laugh too much then you will have to weep. In my childhood, when I heard this I said, “This seems to be strange. If I laugh too much why should I have to weep? There seems to be no connection.” But soon I had to find the connection, because when you laugh too much there comes a point when laughter starts flowing above laughter. There is more than laughter can carry… then tears, and it is a very weird experience that you are laughing and your tears are coming. That makes you laugh more, because these tears!… and that makes you bring more tears, because is this the time to laugh? The situation becomes a vicious circle.

Your question is that you start weeping easily…. Celebration is not so easy. Laughter is not so easy, because your surroundings have given you the idea that you have to be serious. Laughing brings down your seriousness.

Have you seen any saint laughing? Have you seen Jesus Christ laughing? It would be really a scene, a real miracle — on the cross, if Jesus Christ had laughed, it would have been a far bigger miracle than resurrection. He missed the real point when the miracle had to happen.

You have been taught to be serious: even if you have to laugh, smile, don’t laugh. Laughter seems to be rustic; you are a cultured being. At the most just a little smile shows that you are a graduate from Oxford, a serious man.

In any profession… if you are a doctor and you laugh too much, patients won’t take you seriously. You have to be serious. The patient may not have anything, just an ordinary cold — which is not a disease, because it goes away in seven days if you don’t take any medicine; if you take medicine it goes in a week. What kind of disease is this? But the doctor has to be so serious that you start feeling as if you have cancer.

Seriousness will bring a bigger fee. He writes the prescription in Greek and Latin, because if he writes in a language that you can understand then you are not going to give him even one rupee. But you are going to give him ten rupees and it is nothing; just the rubbish that you can purchase for four annas anywhere — not in Greek and Latin — it will just be available in the market!

Everywhere laughter is denied. Naturally you learn all this stupid behavior, so when times come for celebrating you start crying and weeping. Your normal ways of celebration are closed, clogged. They have to be opened; you have to clean all your passages, you have to learn how to laugh heartily — not just a smile. Why be so miserly? It costs nothing to have a good laugh.
Neither are you allowed to cry: if you are a man then it is `feminine’ to cry. And it is a plain fact that women, because they are not prevented from crying, are psychologically healthier than men.

Women go mad less; men go mad three times more than women. Strange… why this difference? It is because men are repressing everything. The woman is allowed a little because she is not considered equal to men. She can be allowed to cry — she is after all a woman, not equal to men. She can have a tantrum, she can throw things, but you will always see, that she throws things which are worthless, in fact which need to be thrown. She tries to hit you but never hits you; she always makes it a point to miss you.

You are not supposed to do such things; you are a man, a serious man: a doctor, a professor, an engineer, a scientist, a bishop, a cardinal. It doesn’t look right for a cardinal to throw a tantrum. But a woman is a woman — crying, throwing things, weeping — she throws out her insanity in installments. You go on collecting wholesale; then one day it erupts like a volcano, then it is beyond your control.

To me, it is absolutely beautiful to cry, beautiful to laugh, beautiful to enjoy, dance, sing. The poor sannyasin who sings here… somebody met him yesterday and they told him, “Unless we kill you, you are this man he is going to sing every day.” They followed him. He was very much afraid. He has not done anything to them but they are against singing, it seems, and they wanted him to stop singing.

But we have made a world on almost insane principles. Just a simple sanity is needed and humanity will start flowering in all ways, in all directions, in all dimensions. It is beautiful to see somebody laughing, or to see tears come into somebody’s eyes. Even though they are of sadness, still they have a beauty of their own because they have a silence; but they can be of joy….

All the religions of the world have been against life, so anything that makes life more alive, they have been trying to cut its roots. I am all for life. Everything in life should be accepted — not tolerated, but accepted joyously — and only then will we have a man who is psychologically sane.