Osho – He who has recognized the guru, has discovered the hand of God 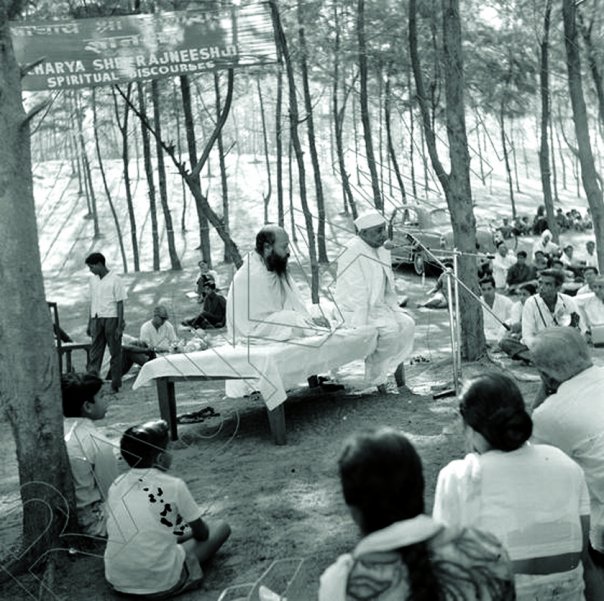 Osho – Nanak says whenever a person becomes liberated many others are liberated by contact with them. Liberation is such a great and superb occurrence and it is such a beatific occasion — even a single person’s liberation — that whoever comes near him is filled with his fragrance, and his life journey changes. Whoever comes near him is filled with the resonance of Omkar; infected by the flavor of liberation, they get a taste of it, which, though very little, can bring a complete change into a life that has until now been mundane and worldly.

A light shines within them. Look with love at such a person and you will see it. If you see with a worshipful eye, you will soon recognize it. A light shines within them and its rays spread out from within them to everyone around. This is why the faces of the saints and incarnates have been depicted with halos around their heads. This aura cannot be seen by all; it can be seen only by those who have faith. And those who can see this aura light their own darkened lamp with the lamp of such a one; whenever a single person attains salvation, thousands who stand within his shadow are also liberated. Liberation never takes place for one single person, because when this supreme moment arrives he becomes a gate for many others.

Keep awakening your faith and your feelings so that you can recognize the guru when he comes. He who has recognized the guru, has discovered the hand of God; he has recognized that which is beyond the universe. He has found the gate, and once the gate is found, everything is attained. You have never lost anything, everything is intact within you, and when you pass through the gate you recognize your own being. You reawaken to the light, the brilliance that is yours. What treasures you always held within you are now unfolded. The guru acquaints you with the self that you always were, and which was not for a single moment lost.

When the guru saw Kabir’s dilemma, he told him, “Touch His feet, because I only existed till here.” The story is so very endearing. The guru signals to Kabir to touch His feet. “I no longer exist for you. The Lord is before you waiting for your greeting.”

But Kabir falls first at the feet of the guru: “It is your glory, my guru, that you brought God down to meet me.” If there is faith in you, you will recognize it. All that is required is faith, feeling; thoughts and the intellect have never helped anyone to reach. Don’t expend that useless effort, wasting you time, trying the impossible. You cannot be an exception.

The guru is always present. Among the infinite people in the world at any given time, it has never happened that none has attained Him. Some people at all times and in all climes have always attained Him, so the earth is never without gurus. This misfortune never takes place; but a different type of misfortune does occur, that sometimes a guru is not recognized by the people around him.