Osho – How can anybody impose anything on you? You cooperate, and then you throw the responsibility on the other 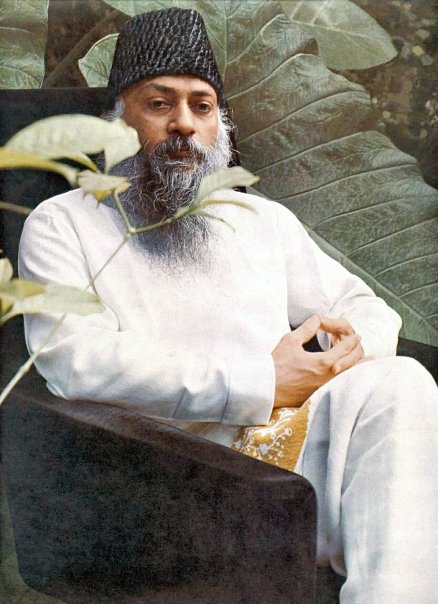 Osho – If it comes – this urge to try new things, to venture into new styles of being, to go on a journey of the unknown – then follow it! Nobody is forcing anything on anybody. Even when people force things on you, you allow them to. That too is your thing, finally – otherwise how can anybody impose anything on you? You cooperate, and then you throw the responsibility on the other.

Whatsoever has happened, you have done it. Even if others were saying for you to do it and you followed them, it was you who followed them. You could have disobeyed, there was always the alternative to go against them, but you decided not to go against them. Once you understand this – that whatsoever you do is your responsibility – then you will feel more at ease with life. Otherwise you feel that somebody is pulling, pushing – parents, the society, this and that – and that somebody is putting a ’should’ on you. Nobody is putting a ’should’ on you – nobody can.

Just do whatsoever you like. If you like to follow them, follow, but never say that they were forcing you. Nobody can force you. Take the risk of not following them then. There are both alternatives. Both are risky.

[The sannyasin replies: I don’t like where I’m at but… ]

And it is not a problem for me. It is a problem for you to face. It is your life, and whether you decide or not, you have to live it. So if you go on shaking and wavering like this, you will simply waste it. Better to decide one thing. Either start liking yourself as you are and forget all about transformation and rebirth, a new being…. Forget all this. Just be whatsoever you are – good, bad, whatsoever. Drop all judgement. Love yourself and enjoy your life.

And I don’t see that there is anything wrong in it, because many people have reached god through that way also. That is lao tzu s way, tao. Accept that this is the way you are, this is the way god wanted you to be, so why be unnecessarily creating troubles for yourself, anxieties and tensions? Just be. Drop all future. This moment is enough.

So I am not in favour of anything or against anything. Just feel for yourself and go. If you drop this, surrender to me and say, ’You decide,’ then I can decide. But then don’t say that you don’t like it and don’t care, and this and that. Then it is nonsense. I think for a few years you will have to remain in this misery. You have not tasted enough misery. You are not yet fed up with it. Your accounts are not yet closed with it. So be miserable for a few more years. Suffer – suffering gives maturity.

[The sannyasin replies: I feel I’m suffering more than I’ve ever suffered.]
Osho – You have to suffer more, because only suffering gives an idea of getting out. If your house is on fire, you jump out of it. You don’t ask ’Should I go outside or not?’ or say, ’I cannot decide whether to go out or not.’ Remain in it. If you are not suffering, you don’t see the flames. If you see the flames and they are torturing you, you simply jump out of it. So just go back. If you want to drop sannyas, you had better drop it here rather than dropping it there. Drop it consciously, but don’t be in a vague state.

Whatsoever you decide is good. If you want to take sannyas again, you can, but be clear. If you decide to carry it, then carry it with blissfulness. Don’t just carry it like a burden. Think about it. Sit there and decide…. I am making it clear. You are very vague about it, you are not clear about anything. You are not even clear about whether you have taken sannyas or not; you are simply unaware. I am trying to make it clear to you so that clear-cut distinctions are there. I am making it easier for you so that you can decide, because if you are a sannyasin you have to listen to me. It is a commitment to me.

If I say that you have to do a certain thing, then you have to do it. If I say, ’Push a little harder,’ you have to push, because I can see that the barrier is not very big; just a little push and you will go beyond it. You are standing at the door and I say, ’Push,’ and you say, ’I don’t want to.’

Being a sannyasin means that you are trusting me, and that whatsoever I am saying is going to be beneficial to you. If you don’t want to listen to me, then it is better not to be a sannyasin. And my doors are not closed. Even if you are not a sannyasin, I am available to you. And you can again become a sannyasin. But I want it to be like love, not like a marriage. It is not a legal binding between me and you. It should be a trust.

If you feel that that trust is not there, then don’t carry the paraphernalia. It is pointless, it is ugly; it will be destructive to your being. ,T2,e free of it. Unless you can dance by being a sannyasin, it is pointless. I am just trying to make it clear. and making it clear means making it…… to make a decision. So that’s why I’m emphasising the two extremes. Otherwise you can go on wavering in between and that will be very destructive.