Osho – How can one be oneself if one is not oneself? 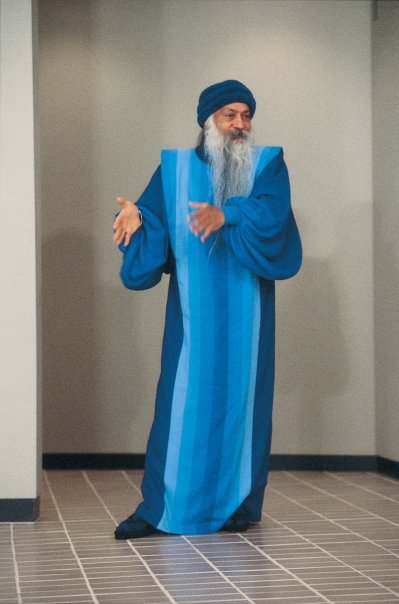 Question – Your teaching seems to be: to be absolutely oneself. This is beyond me. How can one be oneself if one is not oneself?

So whether you believe you are yourself or not is irrelevant. You remain, all the time, yourself. You can go on running and chasing shadows, but one day or the other you will have to realize that you have just been doing an absurd thing. How can you be other than yourself7 How? You ask me how one can be oneself. I ask you how one can be other than oneself — and in my questioning is the answer. Nobody has even been other than himself; nobody can ever be other than himself. To be oneself is the only way to be, nothing can be done about it.

So don’t ask me how to be oneself; you cannot be otherwise. Just ask me how to be awake. You are yourself ALL THE TIME! Just become a little more alert, just bring a new quality of waking consciousness — just watch. Don’t try to be anything because that will again be a dream. Just watch: whosoever you are, wheresoever you are, just watch and be… and allow it. Then the happening, the sudden happening, can come any moment. The heavens can open and the spirit of God, like a dove, can enter in you.

In fact, this is just a way of saying something that cannot be said. It can be said in just the opposite terms also. Let me say it: that when John the Baptist initiated, baptized, Jesus — Jesus opened and the spirit of God, like a dove, was released from him and flew into the infinite sky. That is also exactly the same truth. It is just a way of saying it from two polarities.

You are gods and you have never been anything else. That’s why I am not worried if you want to sleep a little longer. Nothing is wrong; the choice is up to you. You can have a little more sleep — turn over and have a little more sleep; snore a little longer — nothing is wrong. But don’t try to improve, don’t try to achieve anything. Don’t try to become anything because you are already that which you can become! The being is your only becoming, you carry your destiny within yourself. Relax… and be.

One thought on “Osho – How can one be oneself if one is not oneself?”