Osho – How does this mechanism of hope function? 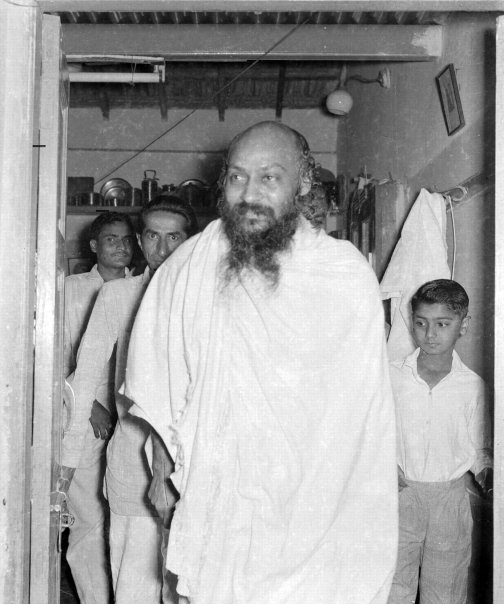 Osho – How does this mechanism of hope function? Whenever you are in misery, sad, depressed, you immediately escape from it, you try to forget it. That’s how it continues. The next time you are miserable — and you will not have to wait long; the moment my talk is finished you will be — don’t try to escape. My talk may also be functioning as an escape — you listen to me, you forget yourself. You listen to me, you have to be attentive towards me, but towards yourself you turn your back. You forget, you forget what your real situation is. I talk about bliss, I talk about ecstasy. That is real to me, but to you it becomes a dream. Again it becomes the hope that if you meditate, if you work for it, then it is going to happen to you also. Don’t use it as a drug. You can use a Master as a drug, and you can be drugged.

My whole effort is to make you more aware, so whenever you are in misery don’t try to escape. Hope is the enemy. Don’t hope, and don’t dream against the reality. If you are sad, then sadness is the reality. Remain with it; remain with it, don’t move, concentrate on it. Face it, let it be. Don’t move to the opposite of it. It is going to be a very bitter experience in the beginning, be cause when you face sadness, it surrounds you from every, where. You become like a small island and sadness is an ocean all around — and such great waves of sadness! One feels afraid, one feels a trembling to the very being. Tremble, be afraid. Only don’t do one thing — don’t escape. Let it be, penetrate deeply into it. See, watch — don’t judge. You have been doing that for millions of lives. Just watch, penetrate into it. Soon, the bitter experience will not be so bitter. Soon, out of the bitter en, counter arises reality. Soon you will be moving, penetrating deeper and deeper — and you will find the cause, what the cause of misery is, why you are so miserable.

The cause is not outside, it is within you, hidden in your misery. Misery is just like smoke. Somewhere there is fire inside you; penetrate deep into the smoke so you can find the fire. Nobody can put the smoke out because it is a by-product. But if you put the fire out, the smoke disappears of its own accord. Find the cause, the effect disappears because then some. thing can be done. Remember, only with the cause can some. thing be done, never with the effect. If you go on fighting with the effect, all fight is in vain. That is the meaning of Patanjali’s method of prati-prasav: go back to the cause, penetrate the effect and reach to the cause. The cause must be there some where. The effect is just like smoke surrounding you; but once the smoke surrounds you, you escape into hope. You dream about days when there will be no smoke. This is all foolish. Not only is it foolish, but suicidal, because this is how you are missing the cause.

Yes, everything leads to misery — if you remain the same. I will tell you another thing: if you change, everything leads to heaven. If you remain the same, it is you, not what you do. What you do is irrelevant. Deep down, it is you. Whether you hate — you will hate — or whether you love — you will love — it is you who finally creates the phenomenon of misery or ecstasy, misery or bliss — unless you change. Just changing from hate to love, from this woman to that woman, this house to that house, won’t help. You are wasting time and energy. You have to change yourself.

source – osho book “yoga the alpha and the omega part4″