Osho – How to love my Mother, Mother has to be loved in a totally different way. 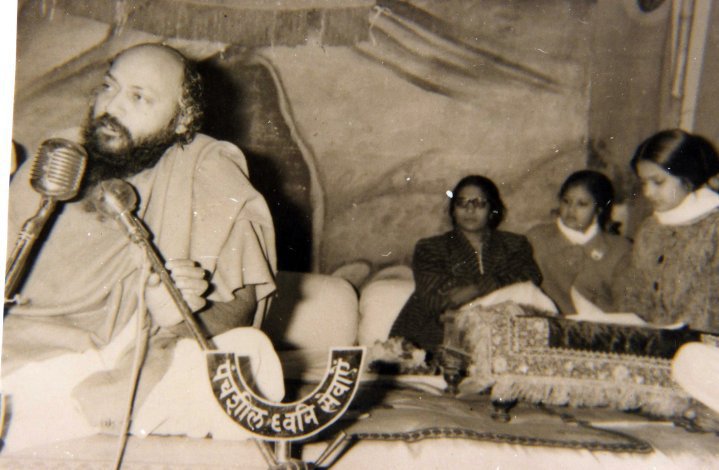 [Mansoor asked: Yes…. How to love my mother?

The translator went on to say that Mansoor loved his mother and felt that she was the one he was looking for as a lover or wife – but that he felt this was not good.]

Osho – A mother has to be loved in a totally different way. She is not your beloved – and cannot be. If you become too much attached to your mother, you will not be able to find a beloved. And then deep down you will be angry with your mother – because it is because of her that you couldn’t move to another woman.

So it is part of growth that one has to move away from the parents. It is just as your being in the womb and then having to come out of it. That was leaving your mother, in a way. . . in a way, betraying her. But if inside the womb the child thinks that this will be a betrayal – ’How can I leave my mother who has given birth to me?’ – then he will kill himself and the mother also. He has to come out of the womb.

First he is joined with the mother completely. . .then the cord has to be cut. He starts breathing on his own; that is the beginning of growth. He becomes an individual; he starts functioning separately. But for many years he will still remain dependent. For milk, food, shelter, love, he will depend on the mother; he is helpless.

But as he becomes stronger, he will start moving further and further away. Then milk will stop, and then he will have to depend on some other food. Now he is going even further away. Then one day he has to go to school, has to make friends. And when he becomes a young man, he falls in love with a woman and completely forgets the mother in a way, because this new woman overwhelms him, overpowers him.

If it doesn’t happen, then something has gone wrong. If the mother tries to cling to you she is not fulfilling her duty as a mother. It is a very delicate duty. A mother has to help you go away – that’s the delicacy of it. A mother has to make you strong so that you can go away from her. That’s her love. Then she is fulfilling her duty. If you cling to the mother, then too you are doing wrong. Then it is going against nature.

It is as if a river starts flowing upstream… then everything will be topsy-turvy. The mother is your source. If you start floating towards the mother, you are going upstream. You have to move away. The river has to go away from the source to the ocean. But that doesn’t mean that you are not in love with your mother.

So remember that love for the mother has to be more like respect, less like love. Love towards your mother has to be more of the quality of gratefulness, respect – deep respect. She has given you birth, she has brought you into the world. Your love has to be very very prayerful towards her. So do whatsoever you can do to serve her. But don’t make your love like the love for a beloved, otherwise you are confusing your mother with the beloved. And when goals are confused, you will become confused.

So remember well that your destiny is to find a lover – another woman, not your mother. Then only for the first time you will become perfectly mature. Because finding another woman means that now you are completely cut away from the mother… the final cord has been cut now.

That’s why there is a subtle antagonism between the mother and the wife of her son; a very subtle antagonism – all over the world. It has to be so, because the mother feels somehow that this woman has taken her son away from her. And that’s natural in a way. Natural, but ignorant.

The mother should be happy that some other woman has been found. Now her child is no more a child… he has become a mature, grown-up person. She should be happy, mm? So you can be mature only in one way – if you go away from the mother. And this is so on many levels of being. A son has someday to revolt against the father – not without respect… with deep respect.

But one has to revolt. This is the delicacy: revolution is there, rebellion is there, but with deep respect. If there is no respect then that is ugly. Then the rebellion is not beautiful. Then you are missing something. Rebel… be free… but be respectful, because the father, the mother, is the source. So one has to go away from the parents. Not only away, but sometimes in many ways, against them.

If you cling to the home you will remain crippled. You will remain juvenile. You will never become a man in your own right. So what I say to you is to go away with respect. Whenever they need, serve them, be available. But never misunderstand that your mother is your beloved; she is your mother.

Nibbana is Buddha’s word for nirvana. It means enlightenment. Buddha never used Sanskrit. He used a local language that was used in his part of the country. All the words become soft in it – nirvana is called nibbana. And prem means love. Dhamma means the ultimate law, and prem means love – love, the ultimate law. Dhamma is also Buddha’s word like nibbana. The sanskrit word is dharma. This form, Buddha’s, is more soft and loving.

Source: from Osho Boook “Be Realistic: Plan for a Miracle”