Osho on Life – I affirm life, I rejoice in life 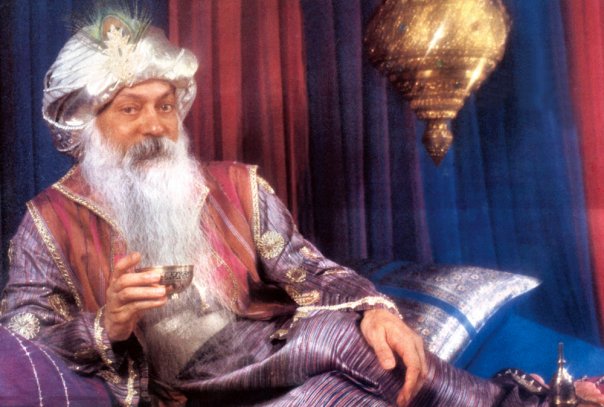 Rejoice in the world! In the past we have renounced too much and the result has been nil. How many buddhas have we produced in the past? They can be counted on the fingers. Only rarely, very rarely, a man became a Buddha, Christ or Krishna. Out of millions and millions of seeds only one seed sprouted? That is not much. It has been a sheer wastage of great human potential, and the reason has been the escapist attitude of the religions.

I affirm life, I rejoice in life. And I would like you all to be deeply, intensely, passionately in life, with one condition only: alertness, watchfulness, witnessing. And I know the difficulty arises, because you will be living with millions of sleepy people — and sleep is contagious; just as awareness is. Awareness, too, is contagious; hence the significance of being with a master.

The master cannot give you the truth. Nobody can give the truth to anybody else; it is untransferable. The master cannot take you to the ultimate goal, because there you will have to arrive alone, nobody can accompany you. You cannot reach there by imitating the master, because the more you imitate somebody, the falser you become. How can you arrive to truth by becoming false?

A famous Sufi story says:
There was a fruit seller. He had a very cunning fox who used to watch his shop. Whenever he had to go out he would tell the fox, “Be alert. Sit in my place and just watch. Watch every activity that goes on around here. Don’t allow anybody to steal anything. If somebody tries to steal, make noises — I will run out of the house immediately.”

One day Mulla Nasruddin was passing. He heard the shopkeeper talking to the fox, saying all these things, “Be alert, watch every activity that is going on around, and if you see that something is against us or somebody is trying to steal the fruits, make a noise immediately and I will come out.”

Mulla Nasruddin was very much tempted. The shopkeeper went in. Nasruddin sat in front of the shop and just started pretending he was falling asleep; with closed eyes he started dozing.

For a moment the poor fox thought, “What to do? Should I make a noise? But sleep is not an activity — in fact it is just the opposite — and the master has said that if some activity goes on around…. This is not activity: this man is falling asleep, and what can a man who is asleep do, what harm?” But the fox was not aware that Mulla was trying a Sufi strategy! By pretending to be falling asleep, by dozing with closed eyes, slowly slowly he managed to make the fox fall asleep. Then he stole the fruits.

When the master came back, the fruits were gone… and the fox was snoring! He shook the fox and asked, “What is the matter? Didn’t I tell you if any activity happens you have to make a noise so that I can come? But I never heard any noise.”

The fox said, “But there was no activity happening. Just one man came; he sat in front of the shop and started dozing. Now, sleep is not an activity, is it? Sleep is inactivity.”

If a few people are dozing and you are sitting with them, you can see the point: the vibe of sleep reaches to you. And similar is the case… although a little difficult because sleep is downhill and awakening is uphill. It is a little harder task. But to be with a man who is awake, who is a buddha, is bound to make you alert — just being with the master.