Skip to content
Osho on God Osho on Religion Dogmas 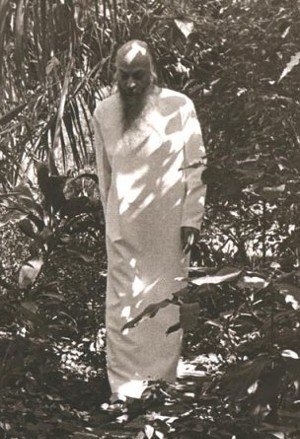 Question – Why does Man need God?

Osho – It is out of fear. God is not needed at all. Man has lived in so much fear that he has needed some protection. There was fear of disease, there was fear of death — mostly it is death that makes man so afraid. He needs somebody who is beyond death to protect him.

God is not a discovery, it is an invention. Priests found it very convenient to exploit in the name of God. The Vedas say that they are written by God, and there are such stupid things in the old Vedas that if God has written them, then God is condemned along with the Vedas.

Christians say The Bible is written by God, and if The Bible is written by God — there are at least five hundred pages of sheer pornography in The Bible — then God is the greatest pornographer in the whole existence. If you look in the Hindu PURANAS you will find just pornography. Hindus have even made shivalinga a god. It is good that Sigmund Freud never came to know about shivalinga — that there are people who are worshipping phallic symbols in their temples without any idea what they are worshipping.

There is no God. All the arguments for God are refuted. Those who have really reached to the highest point of consciousness have never accepted the idea of God. Patanjali, the man who single-handedly created the whole science of Yoga, does not believe in God. Buddha, perhaps the greatest man who has ever walked on the earth was, as H.G Wells wrote about him, “the most godless person yet the most godly.”

There is not a single argument in favor of God. It is an absolutely useless hypothesis, and it will be good if we drop that hypothesis completely, because with that dropping, Mohammedanism, Hinduism, Judaism, Christianity — all simply disappear. And their churches and their thousands of cardinals and bishops and popes, who are simply nothing but parasites on humanity, also disappear.

I am destroying God and spreading godliness to every human being. It is better that it is spread far and wide as a quality, as a fragrance, rather than being confined to a statue in a temple and worshiped. When you can be it, why worship it?

Come back again. And try to see that journalism in India comes to the same level as it is in the rest of the world. It should not lag behind. It can be a great protector of freedom, of individuals against the vast machinery of bureaucracy. A single individual cannot do anything.