Osho – I am the beginning of a new kind of Religiousness 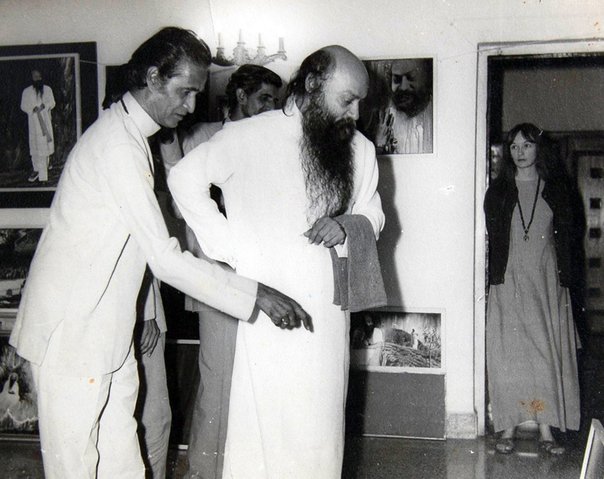 Question – Are you the beginning of a new religion?

Osho : I am certainly the beginning of something which is far more precious than any religion can be. I am also the end of all the old religions.

The old religions have not helped humanity to progress in consciousness, in being. On the contrary they have hindered man’s growth, his spirituality, in every possible way. The old religions became simply a facade of politics. In the name of religion, politics has reigned all over the world. One thing that is most important to understand is that truth cannot be organized. The moment you organize it, you kill it.

Truth is an individual experience, and it can never become a collective phenomenon. Those who have attained the experience of it were individuals, not crowds, not mobs, not Hindus, not Mohammedans, not Christians, not Jews; but just individuals. Moses is an individual, just as Mahavira is; Gautam Buddha is an individual just as Jesus Christ is. They experience something in their aloneness, in their silence, in their innermost shrine of being. The church is not outside, it is within you.

But the Christians are looking for the truth in a church which is outside. They are looking for truth in a collectivity, in a crowd, and it is clear to anybody who has a little bit of intelligence that in two thousand years they have not produced a single Jesus Christ again; neither have the Buddhists been able to produce in twenty-five centuries another Gautam Buddha.

You have to be just yourself, individual, not a carbon copy of anybody else. You have to assert your original face. Existence believes in originality, not in imitation. There are millions of Christians, but not a single Christ.

The old religions are just corpses, stinking; still they are immensely powerful, because the whole past has given them prestige, authority. And nobody wants to leave power and authority. They go on manipulating humanity, exploiting human beings; they go on keeping you retarded. They don’t want you to evolve, because the moment you evolve and you become intelligent, you will be free from the bondage which is their vested interest.

It is time that churches should be transformed into schools, into hospitals. Temples and mosques, synagogues and gurudwaras should be used for art galleries, music schools, for teaching painting and sculpture. And the priests should cease to exist. It is ugly; the priesthood should simply disappear from the earth, because man does not need anybody to mediate between himself and existence.

I am reminded of a great master, Lao Tzu. He used to go every day for a morning walk. One of his neighbors asked him, “A friend has come to visit me. He is a poet, a lover of beauty, and he is also very much interested in you. He wants to accompany you tomorrow morning on your morning walk.”
Lao Tzu said, “I have no objection, except a simple condition: that he should not speak while we are walking in the mountains.”
The friend said, “That’s acceptable.”

All three started the next day before sunrise. It was a beautiful calm and quiet early morning; and then the sun started rising above the hills, and with it the flowers started opening and the birds started singing. The poet forgot about the condition. He said, “How beautiful!” Just two words, and then he remembered. He didn’t say anything more.

Back home, Lao Tzu called the neighbor and said, “Your friend is too talkative; I cannot afford to have him again. And he is stupid too. I was there, listening to the songs of the birds, seeing the sun rising, listening to the wind passing through the trees, hearing the sound of running water. No mediator is needed. What can he add by saying, ‘How beautiful!’? He simply disturbed.”

When the priesthood is dissolved, organized religions finished, then humanity will be one. Otherwise, they have created so many barriers between man and man. Every evening since I came here I have gone for a walk. The first day one man said, “Osho, this is not pranam that I am doing to you; this is salaam.” Pranam is Hindu, salaam is Mohammedan.
I said to him, “To me, both mean the same.”
The second day he said, “I have come again.”
I said, “That’s good, but don’t say what you said on the first day.”

Why create barriers? It is the same experience. A loving welcome… whether you call it pranam or whether you call it salaam, does it make any difference? But in his mind there must be great difference, that he wanted to indicate to me that he is a Mohammedan. Just to be human is enough. To be Mohammedan, to be Hindu, to be Christian is to be below your humanity, is to fall from your height, is to lose your dignity.