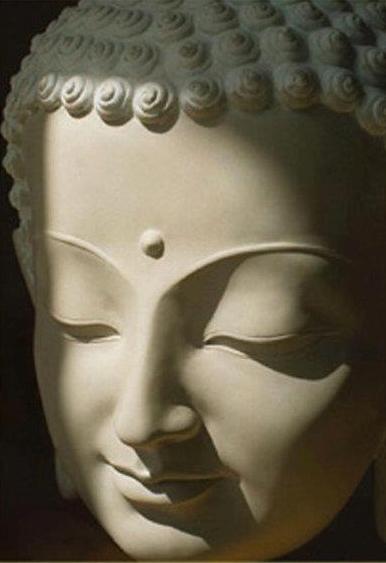 Question : Do you know, Osho, that Mr Cecil Lewis has escaped?
Osho : Poor old man. He was a nice man. But I was afraid that it was going to happen that he would escape. He has been reading my books — to read the books is one thing. And he has been writing beautiful letters to me, and he wanted so much to come here. At this old age it was difficult for him to come. To gather so much money was also difficult but somehow he managed. But to read my books is one thing and to come face to face with me is another thing. With books you can have your own interpretation, whatsoever you want. With books you can fantasize; you can impose your ideas, your fantasies.

But when you come to me, then my reality has to be absorbed. and it was difficult for him to digest me. For thirty years he has been reading Gurdjieff. He wrote to me that he had gone to see Gurdjieff also, but missed. Because when he reached, Gurdjieff was dead — he reached just a few days afterwards. So he was very sorry that he missed Gurdjieff. And that’s why he was writing to me that ‘I want to come and I don’t want to miss you. I have missed Gurdjieff, I have felt the pain my whole life — that if I had gone just a few days before, I would have seen the master. But I was unfortunate. This time I don’t want to miss. I am coming, any way I am coming, I will manage for the money and I will come.’

And he came. And he missed again. And now I can say: if he had seen Gurdjieff he would have escaped far sooner than he escaped from here. Here, he stayed at least for two weeks. With Gurdjieff he would not have been able to stay more than two hours. Because Gurdjieff used to hit very hard. I also hit, but it is never very hard. And that’s why I gave him a little shock — just a tongue-tip taste of Gurdjieff — but he could not digest it. He immediately escaped. I can say that he has not understood Gurdjieff at all. Otherwise he would have been able to see what I am doing — that I am shocking him, that I am trying to destroy his shock absorbers. He would have felt grateful, he would have stayed. But he has been reading Gurdjieff’s books — it is one thing.

It happened once, a young man used to come to me and he was fanatically in love with Zen and Zen masters. And he would come and always talk about Zen masters who hit the disciples and threw the disciples. And I was getting tired of his stories, so one day I hit him. And since then I have not seen him. That’s what happened with old Mr Lewis. And I had not hit him hard, because he is so old. Mm? I was very polite. But I was afraid that he would escape.

To read Gurdjieff through books is one thing; to read Zen masters through books is one thing. But when you come across a Zen master or across a Gurdjieff it is a totally different experience. Reality is not your fantasy, and the reality has no obligation to fit with your fantasy. For two weeks he was here smiling and happy — I was giving him time. And a small shock, and he reacted. That’s what the unconscious mind goes on doing. He reacted immediately, he could not even give time to meditate over it. He never came back to the ashram, he simply escaped.

I feel sorry for the old man. I wanted to help him in every way. But I cannot help you if you are so afraid, if you are so immature and childish, if you are so impatient in your reactions. So all that I can say is this: Goodbye Mr Lewis. See you some other life.

Osho on difference between obeying the master and following his guidance?