Osho – I consider religion to be the last luxury 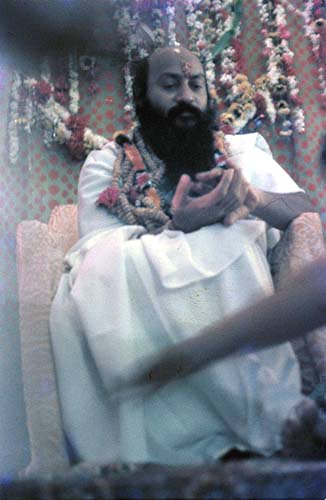 Question – Why is it that western societies are becoming so interested in indian religion now?

Osho – I consider religion to be the last luxury. Only when a society becomes affluent does religion become meaningful. And now, for the first time, a greater part of the world is not poor. America in particular is the first society in human history to reach such affluence. To be religious, or to be interested in the ultimate questions of life, one needs to have really fulfilled all the lower wants and needs.

So to me, a poor society cannot be religious. India was religious only when it was at a peak of affluence. For example, in Buddha’s time India was just like America is today. In those days India was the richest
land. The religion that we have in India today is just a leftover from those days.

There is a basic difference between a poor man’s religion and a rich man’s religion. If a poor man becomes interested in religion it will be just as a substitute. Even if he prays to God he will be praying for economic goods; the basic problem of man will not yet have arisen for him. So Marx is right in a way when he says that religion is the opium of the people. He is exactly right about poor people: they cannot get the basic needs of life fulfilled, so they substitute prayer and meditation and Yoga and religion. But for a rich man there is a basic change of dimension. Now he is not asking for economic goods, he is asking for the meaning of life.

Krishna, Mahavira, Buddha, the twenty-four tirthankaras of the Jainas, and the twenty-four avatars of the Hindus were all rich people: royally born, sons of kings. India has not had one avatar who was a poor man. Only Jesus was poor: that is why he was crucified. A poor man’s son can be crucified very easily.