Skip to content
Osho on Sannyasin Zorba The Buddha 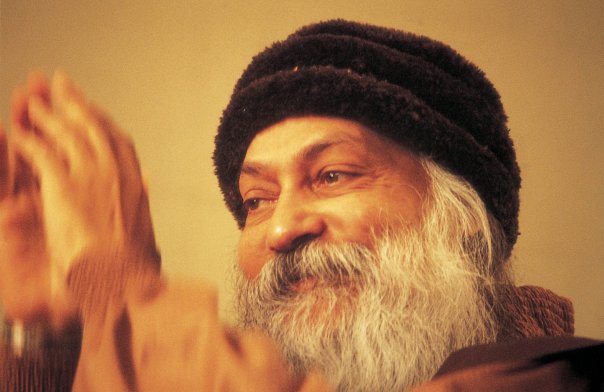 The farther right it goes, the farther left it will go. And the mind is continuously doing this. One will cat too much, then one will diet or go on a fast or one may become a fanatic naturalist and may start believing in naturopathy. First one eats too much, then fasts and then soon one starts eating again. And this is the story of all the people who go on dieting they will lose a few pounds by dieting and then they will jump to the other extreme one day and will start eating ice cream and everything. And they have missed it so much that they jump on it with a vengeance.

They may have lost only a few pounds in few weeks; they will gain more than that within days. And again, the misery, and again the desire to diet… This goes on, this vacillation, in everything. When you are with people you feel to be alone, to have your own space, uninterfered with — just like a bird on the wing, the whole sky is yours. And when you are alone you are simply lonely, not alone. There is no sky, no bird on the wing, nothing — you are just sitting, looking foolish to yourself. And there is the great desire to find somebody, to become engaged in something, to be occupied. The mind is rushing: what to do, what not to do, where to go, where not to go? Soon you will be somewhere and again you will fall in love and you will think of the beauty of aloneness; you will be alone and you will think of the beauty of love. The sannyasin has to avoid these extremes.

There is the same extreme between bliss and silence. If you are silent you will feel that something is missing. Silence is there but there is no joy in it. There is no disturbance, but it is like the peace of the cemetery, the silence of a grave, — no song, no laughter, no dance. And the desire will arise to rush into some dance, into some song, into some celebration. Yes, there you will fee cheerful — but feverish, tired, exhausted, and suddenly there will be the desire for silence, to be left alone, to be with yourself, unoccupied.

One has to avoid both, and the best way to avoid both is to create a synthesis between both. Be silent and blissful together, be blissful and peaceful together, otherwise you cannot avoid that vacillation, because they are essential needs. If you deny one then sooner or later it will take its revenge. There should be no denial of anything. My sannyasins are not to deny anything. They have to listen to their needs and to find a balance, a synthesis. And the greatest synthesis is between silence and bliss.

So I teach both: I teach silence — sitting silently, doing nothing — and I also teach dance, music, singing, celebration, but in such a way that the silence still goes on like an undercurrent in you. You are dancing but the silence is there, undisturbed, unpolluted. And in fact that silence gives a depth to your dance. It is not against it, it gives a new dimension to it. And if you can dance with silence undisturbed, then you can be silent and there will be a subtle dance inside like an undercurrent, a joy running like a small stream. You can feel it, nobody will be able to see it but you can hear its whisper.

When this happens then a man is both. I call that man Zorba the Buddha — and that’s my definition of a sannyasin. Buddha is silent, the Zorba part is missing. Zorba is cheerful, blissful, dancing, rejoicing, but the silent part is missing. Now the world has come to a point where we can create a man who is both, Zorba the Buddha. If my sannyasins can do it they will be introducing a totally new age in human consciousness, a new beginning, a new history. And it is immensely needed because man is fed up with the old pattern. It has done its work, it has become almost irrelevant; we have gone far beyond it. Now a new synthesis is the demand of the moment — and I don’t see it happening anywhere else, I don’t see that it is even being tried anywhere.

What is happening is that the Zorbas are tired of being Zorbas and they are trying to be Buddhas, and the Buddhas are tired of being Buddhas and they are trying to be Zorbas. That is the same game again — it won’t change anything. The West is turning East and the East is turning West. The West, particularly the most intelligent, the most young and alive people is coming to the East and the East, the most alive and intelligent people, is rushing towards Oxford Cambridge, Harvard, to learn more technology and more science.

My sannyasins may be the only people in the whole world where the meeting is happening, at least the basic groundwork is being done, the foundation is being laid. My whole effort is to try in every possible way to prove Rudyard Kipling wrong, absolutely wrong. He has to be proved wrong — and that is possible only if Zorba the Buddha is born. And I am very hopeful that he will be born. The situation is ripe. If he cannot be born in this situation then he will never be born.