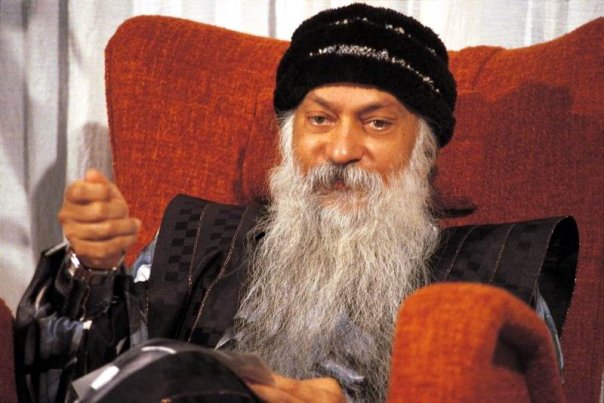 Osho – Life is a discontentment because we are living it in a very wrong way. We have been taught some ugly things, we have been taught those ugly things because they help the establishment, the vested interests, the people who are in power. Nobody cares about the individuals, nobody cares about the greater humanity; everybody is concerned with his own power, his investment — and they go on poisoning people.

For example, the politicians don’t want intelligence to grow in people because intelligence is always rebellious. But without intelligence life cannot find the source of contentment. A mediocre person remains superficial, shallow, but the politician is helped: he wants everybody to be mediocre. He can only remain the leader if people are mediocre, unintelligent, stupid And the situation is the same with the priests. They have been in power for centuries and they know the strategy to remain in power: don’t allow people in any way to attain insight into things, don’t allow them to be wise, give them beliefs instead.

Beliefs are pseudo, like plastic flowers, lollipops. So people can go on sucking on lollipops, playing with toys; they can go on playing with those toys so they don’t turn towards the real thing. And the priests and the politicians are in deep conspiracy. They have made an unsigned contract that the politician will rule people in worldly affairs and the priest will rule people in other-worldly affairs and they will support each other because both have to depend on the same strategy: force people to remain slaves, believers, not seekers — not intelligent, not rebellious. Reduce their freedom, cut their wings, paralyse them, because then they can be manipulated and used as means.

My work here is to undo all this that has been done to you, to everybody. Only when your intelligence rises to the optimum is there contentment, because that’s when you start flowering, that’s when spring comes to your life. Your love has to be allowed absolute freedom, only then are your juices flowing. You are not sad, dry, desert-like, you become an oasis.

My sannyasins have to become gardens with birds singing and flowers spreading their fragrance. That’s exactly the meaning of the word ‘paradise’; paradise literally means a walled garden. It comes from the Persian, ‘firdaus’. I would like each of my sannyasins to be a paradise unto himself or herself.