Osho – If somebody is in search, sooner or later he will come to know about me 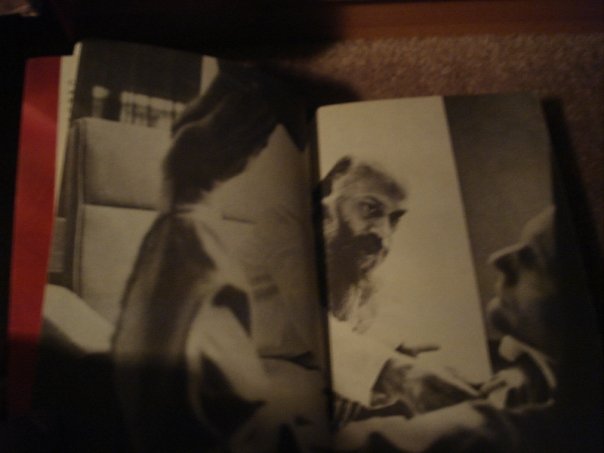 Question – Beloved Osho, Why and how are people coming to you from the four corners of the earth?

Osho – If one tells the truth, he’s sure to be found out sooner or later — that’s why. It is impossible… if you have uttered the truth, it is impossible for people not to come. They are hankering for it, they are thirsty for it, they are hungry for it; and they have remained hungry for many lives. Once a ripple of truth arises anywhere, a song, those who are hungry — they may be anywhere on the planet — something in their unconscious starts happening.

We are connected in the unconscious; in the deepest realm of our being we are one. If one man becomes a Buddha, then everybody’s unconscious is thrilled. You may not know consciously, but everybody’s unconscious is thrilled. It is like a spider’s web: you touch it from anywhere and the whole web starts trembling. We are one in our base. We are like a solid strong tree, standing solitary in the field — big, huge, with great foliage. Leaves are millions, branches are many, but it all depends on a solid trunk, and they all are rooted in one soil. If one leaf turns enlightened, the whole tree will know it unconsciously… “Something has happened.” Those who are consciously searching for truth will be the first to start moving. The unconscious will have the ripples.

A friend went to visit a woman. They were eating and drinking, and suddenly he looked into the eyes of the woman and there was immense power. Maybe the alcohol, the drinking, the music, the aloneness of these two persons, the loving atmosphere, triggered something. He saw immense power in the eyes of the woman, and he got caught in those eyes, almost magnetized, hypnotized. And he started looking, and when he started looking the woman started swaying, something started moving, something in the unconscious. And after a few minutes the woman started saying, “Rauneesh, Rauneesh, Rauneesh” — and she had not known me at all, had not ever heard about me. When she came back, the man said, “You were repeating a certain name — Rauneesh — it seems to be very strange. I have never heard it.”

And the woman said, “I have never heard it. I don’t know.” They both went to a bookstall to search for the name. Of course, it was not Rauneesh, it was Rajneesh. And he looked into my books, and that’s what he had been searching for for many, many years. Next month he will be coming here. Now how does it happen? Something in the depth of the woman…

It is easier for a woman to receive messages, because she is closer to the unconscious than man. Man has gone far away from the unconscious. He has become too much hung up in the head, in the conscious. The woman still lives by hunches. Something started stirring in her unconscious with the man looking into her eyes. And the man is a conscious searcher; the woman is not. The woman had never been looking for a master. She is not coming. She must have explained it away as just a coincidence or something. She has never been interested in any search, but her unconscious was more receptive. Being a woman, and then alcohol, and this man looking immensely magnetized by her eyes — all these things worked, something surfaced. And this man’s conscious was looking. Hearing this word he was hooked. He got hooked with the word; he could not forget it. He had to go to the bookstalls to find out, to the library, here and there, ask friends what this word was.

It is not a miracle. It is a simple process of how things happen. You ask me: “How and why are people coming to you from the four corners of the earth?”

Distance is not the question; search, hunger, thirst is the question. If somebody is in search, sooner or later he will come to know about me — sometimes accidentally — and he will start having a pull towards me. Millions are searching, and the more people are around me, and the more people start getting deeper into their beings, the more will become the pull of this place. Then it will not be only I pulling them, not only I stirring their depths — the whole place here will start pulling. It can become a magnetic center. It depends on you, on how far you start moving into your being, how far you fall in tune with me, how deep is your surrender.