Osho – If the master becomes a guest within you, your whole life is transformed 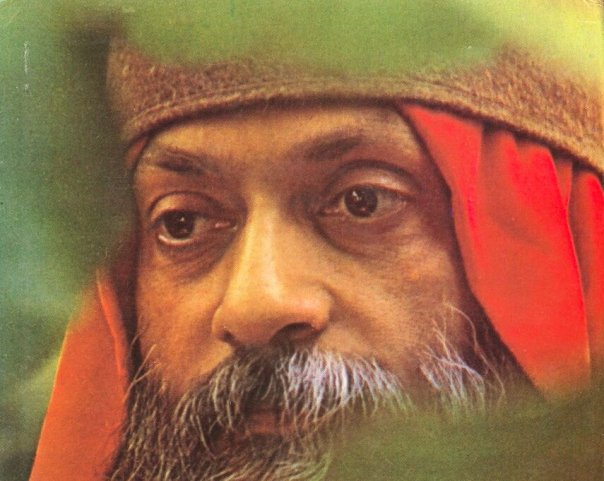 Osho – All that is needed on the part of the disciple is not to repeat old patterns of many kinds of relationships with the master. Let it be a new relationship which you have never lived. Let it be absolutely untouched by your past. Let it be unique. And that’s why I insist again and again, that the disciple needs guts, courage.

To leave oneself unguarded after many many lives of guarding, protecting, not letting anyone in, has become almost second nature. To break through this whole structure, to rise above it – certainly courage, great courage is needed. Courage simply means risking everything – whatever the consequence, not thinking of the consequence – risking your very life. It is a gamble; you don’t know what is going to happen.

You have never experienced anything like that before – how can you know? So you are putting at risk, at stake, everything that you know, for something that you know not; hence I have said many times: the path of truth is only for gamblers.

I am reminded of a Japanese film actor. He lived in America, in Hollywood, before the second world war, earned much fame and earned much money… so much that now he had no need to work. He could live for lives in luxury. So he went back to Japan, but he wanted to see Paris first, so he went via Paris.

He was staying in one of the most luxurious hotels, on the topmost floor. And there was a casino in the hotel. He went there – it must have been late evening – and he staked everything that he had earned, not even saving money for the ticket to reach home. He lost everything, and he went back to the room. There was complete silence because never before had anybody staked such a vast amount of money.

Kings had been there, emperors had been there – he defeated them all. And they all had sympathy for the man because he lost everything on just one stake. In deep silence he simply moved all around. The next morning in the newspapers, it was announced that a Japanese had committed suicide by throwing himself under a fast-running train. The hotel manager, the hotel staff, and everybody who had seen what had happened the night before, immediately thought that this Japanese could not be anyone other than the man who had staked everything.

They all rushed to the room of the Japanese actor. They knocked, he opened the door. He asked, ”What is the matter – why this crowd?”
They said, ”We are sorry, really very sorry, but we thought, looking at this newspaper…. The body was almost crushed into so many pieces that they could not even recognize the face; just from the passport they understood that he was Japanese. So we thought perhaps you were the person, because last night you staked everything and you lost everything, and these are the moments when people commit suicide.”

The actor laughed. He said, ”I am not the one. I had earned, I had staked, I have lost. But it was only money; I have not lost myself. I can earn again; and believe me, if I earn again, I will come again and stake again! I am not such a coward as to commit suicide – for money? – which any idiot can earn. It does not matter; if I had won the money I would have remained the same. I have lost the money – I am the same.

”Before I became an actor I was with a master who taught only one thing: Remain the same in every situation, good or bad, success or victory, failure or loss – everything, as long as you are there, only a witness. ”I had a good sleep, and just now I was thinking from where to start again. But it has not scratched me.”

Staking everything, knowing that you are gambling with the unknown… you may be victorious, you may be a failure, but it does not matter. You are not hoping for victory, because that will become a misery if you don’t succeed. You are not afraid of losing because then again you will be miserable if you lose. Having no conditions you stake.

And being with a master, the beauty is that, although you are staking everything for something unknown, yet just in front of you there is someone who knows the unknown, who has been through the same process and has come back. This is true resurrection. There is no other resurrection except this – dying, not knowing whether you will be resurrected or not.

But if you are with a master and you see, you feel the flavor of resurrection, that gives you a tremendous impetus to be courageous. It makes your dormant courage dynamic, alive, functioning. It is something like a small child walking by the side of his father, holding his father’s hand. The father may be worried – there are a thousand and one problems for him – but the child is enjoying the morning sun, the beautiful breeze, the flowers, the butterflies and he is asking question after question. He has no worry. He is certain – his hand is in his father’s hand – and that’s enough.

To be with a master is to be in a tremendously trustful atmosphere so you can easily withdraw your guards, barriers, protections; you can be vulnerable, you can be open – open to the very end. And if the master becomes a guest within you, your whole life is transformed.