Osho – If we can transform our ugly instincts into beautiful flowers 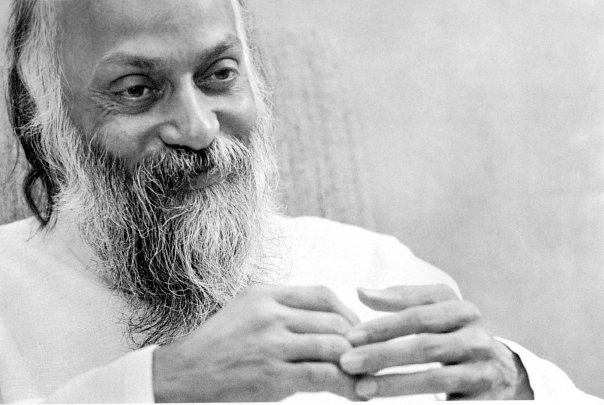 Osho – Man can live in constant conflict or in constant music. It is the game energy that become conflict or that becomes music. The whole thing is to learn the art of creating harmony within your being — and the whole conditioning of humanity is to create conflict. They tell you not to be angry but they never tell you how. They insist that it is bad to be angry but nobody ever tells you the science of not being angry. So the only thing left for you is to repress anger, not to show it. It will be there and it goes on accumulating.

The society has taken every care to drive you insane. It is really a miracle how people somehow manage to keep themselves together. Life can be music and should be music because only then do you know what life is. But then repression won’t help. You will have to learn something of the inner alchemy, of how anger is transformed into compassion, how hate is transformed into love with no residue so there is no conflict left, how violence becomes non-violence and how living in the world one can yet be not of it.

This is what I call the whole science of sannyas, the whole inner alchemy, It is the greatest science in the world because it transforms man, and nothing is more valuable than man. Even if we could transform iron into gold that would be nothing; if we can transform our ugly instincts into beautiful flowers that is real magic. And it is not difficult either. Just a simple phenomenon has to be learned — I call it meditation. It has been called by different names. Buddha used to call it sammasati, right mindfulness. George Gurdjieff used to call it self-remembering, Krishnamurti calls it awareness. It is the same. The whole thing is how to become a witness.

When you are angry there is no need to fight with it — it is a great opportunity to watch. No need to indulge in it no need to act according to it, no need to follow its dictates, and no need either to go to the opposite extreme and start fighting with it. Avoid both. Just remain cool, detached, a simple observer, as if it has nothing to do with you. Your concern should be scientific, you are observing, so you have to look minutely at what anger is in all its details, in its whole mystery. Your interest has to be scientific; ‘I have to go deeper into the whole method of it. If I follow it I will not be able to go into it. I will become angry.’ In that hot state how can you watch? ‘If I fight with it again, it will be the same: I will be running away, repressing, avoiding.’ How can you watch something of which you are afraid?

No need to be afraid, no need to follow — just sit silently and watch and a miracle starts happening slowly: the more you watch, the more you see that it is dispersing on its own. Just as dewdrops evaporate in the morning sun, as your awareness becomes more intense it starts evaporating faster. And the same is the process for sexuality, for greed, for jealousy, for all the problems — the key is one, it is a master key. Try it on one and then you will know that it can be tried on everything.

A day arrives when you have understood all your baser instincts and in that very understanding they are transformed, transmuted, and your life becomes a melody. I call that melody sannyas. That musical phenomenon, that harmony, that beautiful silence, that song of silence, is the greatest achievement in life.