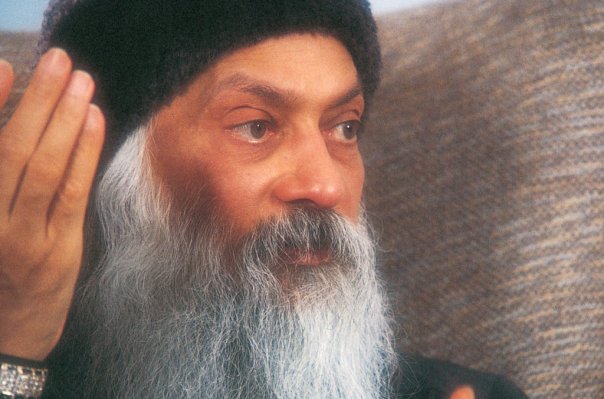 [A sannyasin said that he had always felt a negativity which was connected with his deep envy of people who could love. In reply to a query from Osho, he said he was envious of the babies and liked the idea of being at a mother’s breast.]

Osho – Something went wrong with your mother. The relationship with your mother somehow misfired. Deep down you are hankering for a mother, and because the mother frustrated you, you have a hatred for women. Now this is an ambiguous situation: a desire to be mothered, and a hatred for women because the mother frustrated you. So there is a contradiction in your energy. You would like to come close to a woman but the fear that you may be frustrated again, closes you. This fear has to be dropped.

It will be difficult for you to drop it, but through a group it will become easy. A group gives you a situation, a special situation which is not possible in ordinary life. So it may be difficult in the beginning; the first two, three days, may be very hard for you. But if you can pass through these two, three days, you will start flowering. By the end you will be able to make a few contacts with some women in the group. You will be able to find a mother in the group.

Once a woman can take you dose and you can feel again like a small baby and again secure, then the relationship with your own mother that has been broken will be erased. That wound will be healed. Once that wound is healed you will become available to women and women will become available to you, so there will be no problem. Then you will not be seeking a mother. That’s why I insisted in asking how you feel about breasts, because if a man is attracted too much towards the breast, it simply shows that he has not yet become mature. And almost ninety percent of men are attracted too much.

You would like her to mother you, to surround you, to give you her sympathy – that’s her milk. You are not asking for love, you are asking for sympathy, you are asking to be cared for, and no woman will be able to do that. Or if some woman is also seeking a child then maybe you will fit. But then too it is going to be frustrating because you are now mature. Your body is mature, and it is just that the wound from childhood has not allowed the mind to float with the body, to flow with the body. They are in different states; they are not together.

So if you can find a woman who can mother you,. then your body will feel frustrated. Your mind will feel very good, but the body will feel frustrated. Your mind has to be made contemporary to the body. The other way is not possible; your body cannot be forced back and made contemporary to the mind. But the mind can be brought up… it can grow. Sometimes it can grow in a single moment of awareness. In a single understanding, it can jump years. It is already ready. So do a few groups, mm? And every night before you go to sleep, find a bottle, a milk bottle for children, and put it into your mouth. Curl up like a small child, and then start sucking the breast.

[Osho said he should do this each night and then again first thing in the morning just for four or five minutes, using warm milk… ]

Something deep down will be satisfied. Psychologists say that people smoke because it is a substitute breast. The smoke goes in warm, like the milk, and the cigarette functions like a breast, a nipple. It is a very dangerous substitute – that’s why I say a bottle of milk will be better. Cigarettes will disappear from the world once the relationship between children and their mothers is transformed… becomes more of love and understanding. But right now it cannot be helped. Nobody is responsible. The mothers are as much conditioned by their mothers and fathers, and so it goes on and on. But if you become alert, it can be changed.

Osho on Shivalinga – Desire of wanting to possess an enormous penis

One thought on “Osho – If you are attracted too much by the breast, that shows you are seeking a mother”