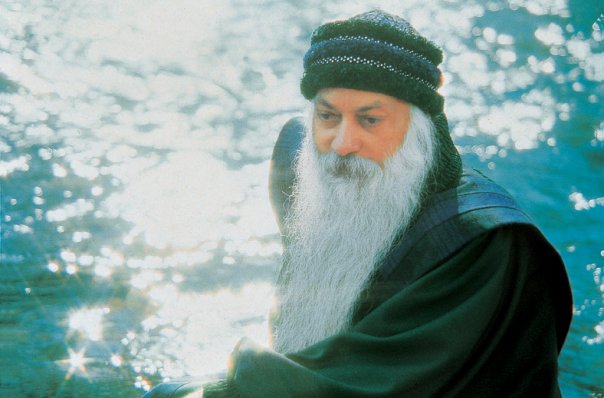 There is a beautiful story. I love it very much…. One day Buddha is passing by a forest. It is a hot summer day and he is feeling very thirsty. He says to Ananda, his chief disciple, “Ananda, you go back. Just three, four miles back we passed a small stream of water. You bring a little water — take my begging bowl. I am feeling very thirsty and tired.” He had become old.

Ananda goes back, but by the time he reaches the stream, a few bullock carts have just passed through the stream and they have made the whole stream muddy. Dead leaves which had settled into the bed have risen up; it is no longer possible to drink this water — it is too dirty. He comes back empty-handed, and he says, “You will have to wait a little. I will go ahead. I have heard that just two, three miles ahead there is a big river. I will bring water from there.”
But Buddha insists. He says, “You go back and bring water from the same stream.”

Ananda could not understand the insistence, but if the master says so, the disciple has to follow. Seeing the absurdity of it — that again he will have to walk three, four miles, and he knows that water is not worth drinking — he goes.

Ananda goes there. Buddha is right: the water is almost clear, the leaves have moved, the dust has settled. But it is not absolutely clear yet, so he sits on the bank just watching the river flow by. Slowly slowly, it becomes crystal-clear. Then he comes dancing. Then he understands why Buddha was so insistent. There was a certain message in it for him, and he understood the message. He gave the water to Buddha, and he thanked Buddha, touched his feet.

Buddha says, “What are you doing? I should thank you that you have brought water for me.”
Ananda says, “Now I can understand. First I was angry; I didn’t show it, but I was angry because it was absurd to go back. But now I understand the message. This is what I actually needed in this moment. The same is the case with my mind — sitting on the bank of that small stream, I became aware that the same is the case with my mind. If I jump into the stream I will make it dirty again. If I jump into the mind more noise is created, more problems start coming up, surfacing. Sitting by the side I learned the technique.

“Now I will be sitting by the side of my mind too, watching it with all its dirtiness and problems and old leaves and hurts and wounds, memories, desires. Unconcerned I will sit on the bank and wait for the moment when everything is clear.”

And it happens on its own accord, because the moment you sit on the bank of your mind you are no longer giving energy to it. This is real meditation. Meditation is the art of transcendence.