Osho – If you are too much distracted by desires, pleasures, gratifications 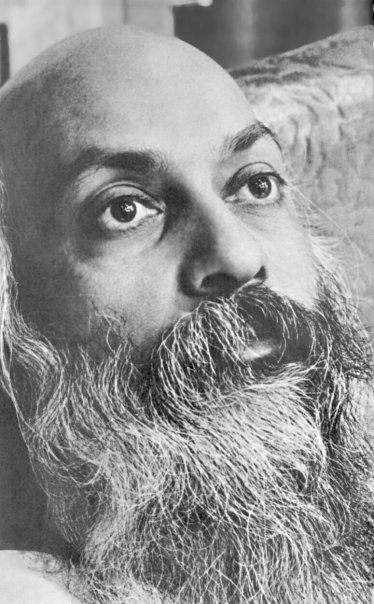 He is not aware of what he is doing, because happiness has never been found in the outside. And whatsoever appears as happiness proves ultimately to be the source of unhappiness and nothing else. The outer world promises only, but never delivers the goods. When you are far away, things appear very beautiful. The closer you come, the more they start disappearing. When you have got them after long and arduous effort, you are simply at a loss. You can’t believe what happened — it was a mirage.

Voltaire has written in his memoirs that when he was not famous his only desire was to be famous; he was ready to sacrifice everything for fame. And if you go on searching for a certain thing, you are bound to get it, remember. One day he became famous, and then he wrote, “I was so tired of my fame, because all privacy in my life disappeared, all intimate relationships disappeared — I was so famous that I always was crowded by people, everywhere, wherever I would go. If I went for a stroll in the garden, then a crowd would follow. I was almost like a showpiece, a kind of walking circus.”

His fame reached such peaks that it became dangerous for his life. Once when he was coming from the station to his house after a journey, he reached home almost naked, scratched all over the body, blood oozing from many places — because in France in those days this was the superstition, that if you can get a piece of the clothes of a famous man you can also become famous. So people tore his clothes, and in tearing his clothes, they scratched his body.

He cried and wept that day, and said, “How foolish I was that I wanted to be famous. How beautiful it was when nobody knew me and I was a free man. Now I am no longer a free man.”

Then he wanted to be a nobody. And it happened too that the fame disappeared. In this life nothing is permanent — one day you are famous, another day you are nobody. The day he died, only four people followed him to his grave; and out of those four one was his dog — so only three really. People had completely forgotten about him, they had forgotten that he was alive. They came to know only when the newspapers published the report that Voltaire had died. Then people became aware and started asking each other, “Was he still alive?”

If you have fame, you get tired of it. If you have money, you will not know what to do with it. If you are respected by people, you become a slave, because then you have to go on fulfilling their expectations; otherwise your respectability will disappear. Only when you are not famous do you think it is something significant.

When you are not respected, you long for it. When you are respected, you have to pay for respectability. The more people respect you, the more closely they watch you — whether you are fulfilling their expectations or not. All your freedom is gone. But this is how people are living. Buddha says it is like a sleeping village — the flood comes and takes over the whole village, the flood of death comes.