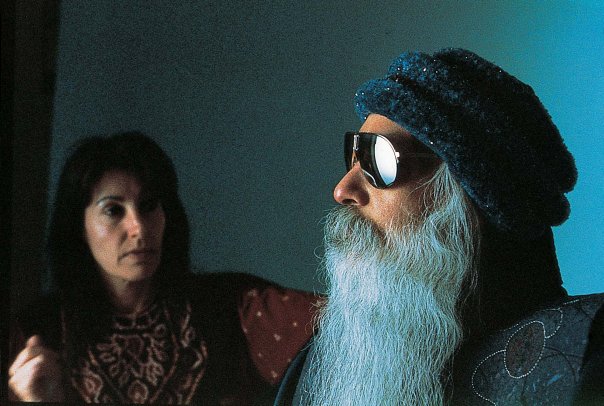 [A sannyasin has to leave because his father has a serious heart attack.]

Osho – Mm… go, and when he is able to do something, show him the nadabrahma, the humming meditation. You can do it first sitting by his side and he can watch. Then you do it and he can participate with you. That will help his heart too, and it will help something more than the body.

It is most probable that he will become interested in meditation now. After a heart attack people become interested because death has knocked at the door and they have tasted something of death. Now they can never be the same again. The old values – the old life, the competition, the market the money, the power, the prestige, the politics – all seem meaningless. Once you have tasted a little of death, then you know that all this is futile; it has no intrinsic value. One starts seeking for meaning for the first time.

So go immediately, mm? For a few days he will be very vulnerable. If you catch hold of him while he is still under the shock of the heart attack, that can become a transforming moment in his life. But if you are too late and if he has remained for two or three weeks, then he will forget all about the heart attack, and he will start moving again in the same old routine.

Death – even a glimpse, even the idea that one can die – transforms one’s whole being. Religion came into existence because of death. If there were no death, there would have been no possibility for religion to exist. And still religion exists only for those people who are very very aware of death. Animals are not aware of death. Trees are not aware of death, so there is no religion for trees and no religion for animals. Whenever a person is very materialistic, he remains more animal-like. Then he thinks only in terms of this so-called life, and he never thinks anything about death. In fact he goes on saying that people who go on thinking about death are a little perverted, morbid, ill, pathological, because he tries to deny the fact of death. He is afraid of death. Anybody who brings death to his notice seems to be the enemy.

A materialistic culture, a materialistic society, tries to avoid death. Hence so many tricks have been invented. In the west, when a person dies you put a new dress on him, you paint his face, if she is a woman, then lipstick and eyebrows and everything. You make everybody feel that the person is not dead… a beautiful casket and flowers. This is just to avoid.

You don’t want to see face to face that somebody who was alive a moment before is no more alive. You don’t want to see death as it is. You put a mask even on death. People live masked while they are alive; when they die, then too they carry the mask. It is a trick, a technology, so that you don’t face your own innermost fear. And everybody says that the dead person has gone to heaven, has gone to the world of god, that he is in paradise and will be very happy.

I was reading…. One parapsychologist, meyers, was making a great research into death and about how people feel about death when somebody nearby – a relative, a friend, a wife, a husband – dies. How do people feel? So he was enquiring of many people. One day he was invited to a party and he was sitting by the side of a very rich lady whose daughter had just died two or three days ago. He asked,. ’What do you feel? Where is your daughter now?’

’Of course,’ the lady said, ’she is with god and she is blissfully happy there. She is in paradise. But please, don’t talk about such depressing subjects.’

So man has tried to avoid death. That’s a way of avoiding religion, because religion is nothing but an encounter with death. It is a date with death, it is a romance with death. It is an adventure into death. Religion wants to face it. It is a fact – avoiding it is not going to help. The religious mind wants to face it and go deep into it, whatsoever it is. The truth of it has to be known. And in that search, meditation and prayer and yoga have arisen.

So whenever you see that some person has become very ill, seriously ill, don’t lose that opportunity. Some clouds have opened, and these are the moments that the man can see a ray of light. Help him to see. And if you love the person, that is the greatest gift you can bring to him. So go back to your father and don’t be worried, because if you are worried you will not be able to help him. Don’t go sad, because there is nothing to be sad about. Death is a fact. It is going to happen today or tomorrow or the day after tomorrow. It is going to happen. Accept it. Simply go with a message to be delivered from me….

Just tell him, ’Now the right moment has come for you to enter into a different world and a different dimension, a different life. You have lived this world and death has given you the opportunity to feel and see that this is just dreamlike… any moment you can be taken away. You were almost taken away. You are still alive; now don’t waste it again in the old routine. Now make something out of the days that are given to you. Make something that can lead you beyond death, beyond time.’

And you meditate. It will depend on you, much will depend on you, on how you behave. If you are non-tense, unworried, and he can feel your silence, and he can feel your centre of tranquillity…. Just sit by his side, remember me, and just sit silently. He will be able to feel that you are not only his son – something more has happened to you. He will be able to feel that you have come with a message. For the first time you will be able to communicate with him. And that will give some roots to you also, because one has to come to a reconciliation with one’s own parents. Otherwise something remains like a hangup.

So make it a complete circle: he has given you life – you take a message to him of another life. He has given you birth – help him to meditate so he can be reborn. Then you have paid the debt. … Bring a few of my books to him, and when he can read…. Or you can read him my books and he can listen to tapes.