Osho – If you really want peace on the earth, create peace in your heart, in your being 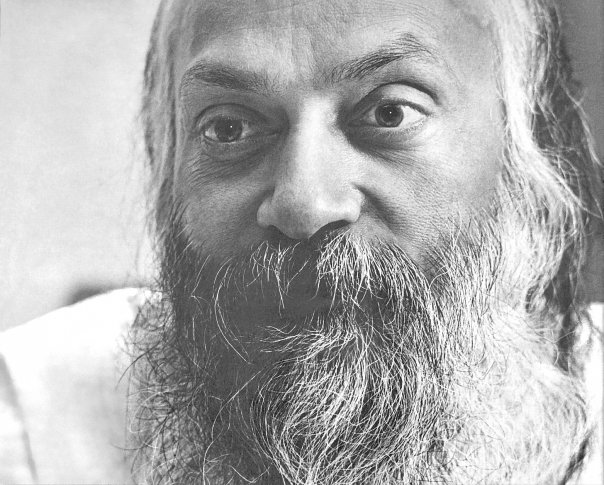 Question – Beloved Master, You told us the story of Krishna and Arjuna. But is there no value in resisting war in a time where a handful of madmen play with atomic bombs?

Osho – Peter Bohm, how can you resist these few madmen who are playing with atom bombs? What will be your strategy of resistance? In fact, your resistance may bring the war sooner than otherwise; your resistance is not going to prevent it.

You can protest and you can go on a long march, but have you ever watched the protesters, the people who are against war, the pacifists? Have you watched their processions? They look so aggressive, they themselves look mad! If they had the atom bombs, just to protect peace they would be the first to drop the atom bombs. They are as mad as the other party; there is no difference at all. Their minds are as political as the people who are in power; the only difference is that they are not in power. And their anger, their pent-up anger, you can see on their faces, in their slogans.

Every peace protest ends in a fight with the police, with the military. It ends in burning buses, post offices, police stations, cars. What kind of love is this and what kind of resistance is this? It is impotent! But they are feeling they are doing something great. It is an ego trip and nothing else.

The meek little bank clerk had his suspicions. One day he left work early and sure enough, when he arrived home, he found a strange hat and umbrella in the hallway and his wife on the couch in the arms of another man.
Wild for revenge, the husband picked up the man’s umbrella and snapped it in two across his knee.
“There, now, I hope it rains!”

What can you do? Yes, you can shout and you can go for a long march with great posters, and it will give you a certain satisfaction because your pent-up energies will be released. It is a kind of catharsis. Unknowingly, you are doing Dynamic Meditation — but it would be better if you do it knowingly.
Yes, war has come to a point where it can destroy the whole humanity, and not only humanity but the whole earth. Life as such can be destroyed. What can we do?

Scientific knowledge has gone far ahead of man’s spiritual growth; that is the problem, the real problem. Who are these madmen you are talking about? Are they any different from you, Peter Bohm? Richard Nixon, Brezhnev, Ayatollah Khomeini — are these different people from you? Maybe there is some quantitative difference, but there is no qualitative difference. If YOU come in power you will prove the same. And one day these people were not in power; they were also just like you. When they are in power, then their real faces show up.

Lord Acton says: Power corrupts. It is not true. Power never corrupts, but corrupted people are attracted towards power. Of course, without power they cannot show their real faces. Power only gives them the right context in which they can reveal their heart’s reality. Power does not corrupt, it only reveals the truth. Powerless people may not look mad because they cannot afford to be mad. Give them power and then you will see: they are as mad as anybody else.

I don’t see any difference between warmongers and pacifists; they are the same kind of people. They appear to be polar opposites but they belong together. Deep down they are one; two ends of the same stick. Yes, I would like the earth to become a paradise and not a cemetery… but what kind of resistance?

Even if Krishna was here, at THIS juncture he would not have suggested war. I am absolutely certain about it. I say categorically that Krishna would not have said to Arjuna to fight at this moment, because this is global suicide. Five thousand years have passed since Krishna and much has changed.
We have come to the point where total war is possible. Nobody is going to be the winner, so what is the point of war? War has been significant in the past because somebody would win and somebody would lose. Now there is going to be no winner; all are going to be the losers. War has lost all significance — war is absolutely stupid today. It may have had some meaning in the past; it has none anymore.

Be a meditator.
Be a lover.
Be a celebrant.

Create the whole existence with as much bliss and joy as possible. Make life so beautiful that nobody wants to die. Right now, the situation is just the opposite: life is so ugly that who cares? If war happens, in fact, people will feel relieved. They don’t have to commit suicide and still the war is going to do the work for them they always wanted to do themselves.

Psychologists say it is very difficult to find a man who has not thought at least four times in his life of committing suicide. But to commit suicide is not easy; it goes against the life instinct. But if somebody else can take the responsibility and somebody else can drop an atom bomb or a hydrogen bomb, then we are freed of the responsibility of committing suicide and still the suicide happens. And not only WE are dying but everybody else with us.

We have to change people’s suicidal mind. Why do people think of suicide? — for the simple reason that life is ugly and they don’t know how to beautify it, how to make a song out of it. It is just sadness, a long long anguish, a nightmare. That’s why people become interested in war and they support war — for any stupid cause, for any excuse they are ready to kill and be killed.

And in fact, all political causes are stupid, all so-called political revolutions are stupid. The only revolution which is not stupid is spiritual, is inner, is individual.

If you really want a world without war, create this individual revolution I call sannyas. This is real resistance. Without resisting anybody you create a different space, a different context, in which life starts blooming, life becomes creative. And if people are creative, blooming, joyous, politics and politicians will be things of the past. Yes, you can save a few politicians to keep them in the zoos for future children to come and see: “Look, this is Morarji Desai!” You can stuff them with straw — they are already stuffed with straw and nothing else; they won’t need much more straw, just a little bit will do. And this is possible now. It was never possible before because war was never such a danger. Politics is now the most stupid game, mad, utterly mad.

These are tremendously significant moments, because we can change the whole human consciousness from being political to spiritual.

One thought on “Osho – If you really want peace on the earth, create peace in your heart, in your being”