Osho – In Japan, a great mystic, Hotei, is called the laughing Buddha 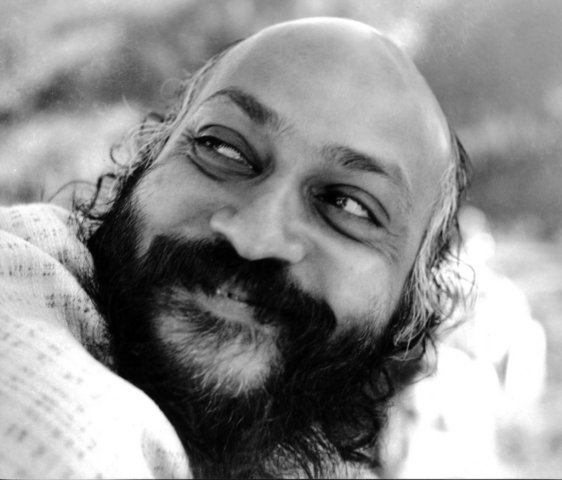 Osho – In Japan, a great mystic, Hotei, is called the laughing Buddha. He is one of the most loved mystics in Japan, and he never uttered a single word. As he became enlightened, he started laughing, and whenever somebody would ask, Why are you laughing? he would laugh more. And he would move from village to village, laughing.

A crowd will gather and he will laugh. And slowly — his laughter was very infectious — somebody in the crowd will start laughing, then somebody else, and then the whole crowd is laughing — laughing because…. Why are they laughing? Everybody knows, “It is ridiculous; this man is strange, but why are we laughing?”

But everybody was laughing; and everybody was a little worried, “What will people think? There is no reason to laugh.” But people would wait for Hotei, because they had never laughed in their whole life with such totality, with such intensity that after the laughter they found their every sense had become more clear. Their eyes could see better, their whole being had become light, as if a great burden had disappeared.

People would ask Hotei, “Come back again,” and he would move, laughing, to another village. His whole life, for near about forty-five years after his enlightenment, he did only one thing and that was laughing. That was his message, his gospel, his scripture.

And it is to be noted that in Japan, nobody has been remembered with such respect as Hotei. You will find in every house, statues of Hotei. And he had done nothing except laugh; but the laughter was coming from such depth that it stayed with anyone who heard it and triggered his being, created a synchronicity.

Kavisho, if you can go without looking back at all, passing through the unknown into the unknowable, where everything will be lost — questions, answers, me and you — all that remains is pure existence, infinite and eternal. And I am saying it because it is possible. You have come a long way with me. Thousands of people have come with me, and somebody drops out after a mile, somebody drops out after the second mile; I don’t complain about them, I just feel sorry for them. They were not courageous enough. There came a point where they stopped.

But you have been like many of my sannyasins — going without any fear, risking everything. There is every possibility that you will be one of those very few fortunate ones who attain to the ultimate truth.

Before you come to the laughter of Hotei, start laughing more and more deeply, more and more madly. This joke is just for you, Kavisho:

A young couple have been trying for ages to have a baby, but with no success. Finally they decided to go to the doctor with the problem. After a detailed interview he suggests that maybe they should not make love every day, to avoid love becoming a routine. They should make love only spontaneously. Not as if they have to do it, but only when they are possessed by it.

“You have to find the right, spontaneous moment,” the doctor says, “when you feel the moment is right, do it.” A few months later, sure enough, the woman is back and the doctor confirms her pregnancy. “May I enquire if my advice was of any help?” “Oh, doc,” she says, “it was terrific. We were having a romantic candlelight dinner with french wine and soft music, and suddenly our hands met. We were looking deep into each others eyes and we both knew, `this is it!’ We simply threw off the tablecloth and made love right on the table.”

“Amazing,” says the doctor. “Yes, it was great,” she says, “the only sad thing about it is, that we can never go to that restaurant again.”