Skip to content
Osho on God Osho on Life

Osho – In life you will find the ladder to reach God 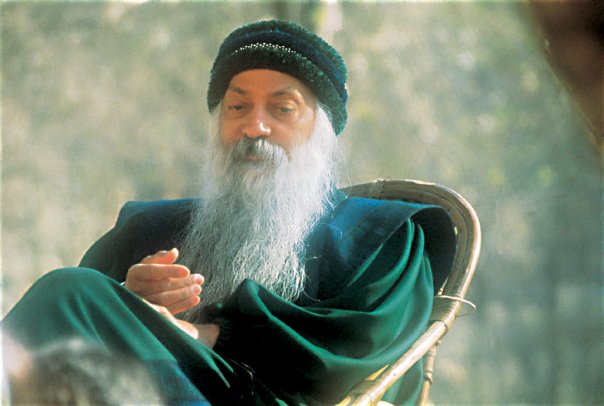 Osho – Early one morning, before sunrise, a fisherman went to a river. On the bank he felt something underfoot, and found it to be a small sack of stones. He picked up the sack, and putting his net aside, squatted on the bank to await the sunrise. He was waiting for dawn to break in order to start his day’s work.

Lazily he picked a stone out of the bag and threw it into the water. Then he cast another stone and then another. In the absence of anything else to do, he kept tossing the stones into the water, one by one. Slowly the sun rose and it became light. By that time he had thrown all the stones away except one; the last stone lay in his palm.

His heart almost failed him when he saw, by daylight, what he held in his hand. It was a gem! In the darkness, he had thrown a whole sack of them away! What had he lost unknowingly! Full of remorse, he cursed himself. He sobbed and cried, almost out of his mind with grief.

He had accidentally stumbled upon enough wealth to enrich his life many times over, but unknowingly, and in the darkness, he had lost it. Yet in a way he was fortunate: still one gem was left; the light had dawned before he had thrown it away too. Generally, most people are not even that fortunate.

There is darkness all around and time is fleeting. The sun has not yet risen and we have already wasted all life’s precious gems. Life is a vast treasure trove, and man does nothing with it but throw it away. By the time we have realized the importance of life, we have whiled it away. The secret, the mystery, the bliss, the deliverance, heaven – all is lost. And one’s life is spent.

In the next few days I intend to speak on the treasures of life. But it is difficult to enlighten people who treat life like a sack of stones. People are annoyed if you draw their attention to the fact that the very things they are throwing away are jewels, not stones. They flare up, not because what has been said is incorrect but because they have been shown their own folly, because they are reminded of what they have lost. Their egos step in; they get angry.

Even with what has been lost up to now; even if the life that is left is short; even if only one stone is left, your life can still be salvaged. It is never too late to learn. Help is still possible and, especially in the search for truth, it is never too late. There is still reason to feel confident.

But out of our ignorance and in the darkness, we have taken for granted that the sack of life is filled with nothing but stones. The faint of heart simply accept defeat before they make any effort to search for the truth.

To begin with, I want to warn against the pitfalls of fatalism, against this delusion of certain defeat. Life is not a pile of sand and stones; if you have the right eyes to see it, there is much that is good in life. In life you will find the ladder to reach God.

Within this body of blood, flesh and bones, something or someone aloof from these things exists. It has nothing to do with flesh, blood or bones; it is immortal. It has neither beginning nor end. Formless, it is at the core of each one of us. From the darkness of your ignorance, I urge you, yearn for that imperishable flame!

But the immortal flame is disguised by the smoke of mortality, and so we cannot see the light. We encounter the smoke and step back. Those who are a bit more courageous search a little, but only in the smoke, and so they cannot reach the flame, the source of illumination, either.

Source: from Osho Book “From Sex to Superconsciousness”