Osho – In suffering look for the causes of suffering 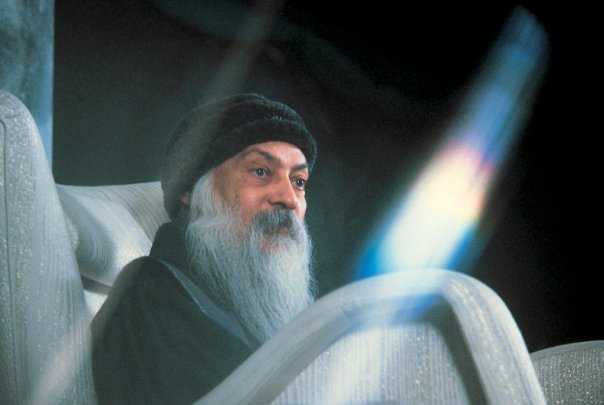 Question – Beloved Osho, One line from Dostoevsky’s work has impressed me much in my childhood. He says, “in suffering look for happiness.” I used to think that nothing of value could be attained without sacrifice and hard work. After meeting you and drinking your message of love, life, enjoyment and celebration, i realize that my previous idea was quite masochistic and suicidal. I love Dostoevsky and all his works have been of immense value to me. But now I feel there is a depth of sadness in him, which he seems to stop — as if something of the opposite is missing. Could you please shed some light on this?

Osho – Jivan Mada, Fyodor Dostoevsky is a very special case — he was a genius. If one has to decide on ten great novels in all the languages of the world, he will have to choose at least three novels of Dostoevsky in the ten. His insight into human beings and their problems is greater than your so-called psychoanalysts, and there are moments where he reaches the heights of great mystics. But he is a sick soul; he himself is a psychological case.

He needs all the compassion, because he lived in suffering, utter suffering. He never knew a moment of joy; he was pure anguish, angst. But still he managed to write novels which perhaps are the best in the whole literature of the world. BROTHERS KARAMAZOV is so great in its insights that no BIBLE or KORAN or GITA can be a competitor to it.

And this is the strange fact about him: that he was writing such great insights as if he was possessed, but he himself was living in hell. He created it himself. He never loved anybody, he was never loved by anybody. He never knew that there is something like laughter; he was sickly serious. I don’t see that he ever felt even a single moment of blissfulness. There is nobody else in the whole history of man who was so sick, and yet had such clarity about things. He was a madman with a method.

Happiness is not something that you have to wait for. You can wait for infinity and happiness will not come to you, unless you destroy the causes of suffering. I will not agree with the statement. I will say, “In suffering look for the causes of suffering.” Don’t waste your time about happiness; it is none of your business. You are suffering; suffering is your state. Look what is causing it — jealousy, anger, inferiority complex — what is causing it?

And the miracle is: if you can go into your suffering as a meditation, watching, to the deepest roots of it, just through watching, it disappears. You don’t have to do anything more than watching. If you have found the authentic cause by your watching, the suffering will disappear; and if it is not disappearing, that means you are not watching deep enough. So it is a very simple process and with a criterion: if your watching is deep enough… just the way you pull out a plant to look at its roots, it dies, because the roots outside the earth cannot survive. In the light is their death.

Suffering can exist only if its roots remain in the unconscious of your being. If you go deep down searching and looking for the roots, the moment you become conscious of the roots of suffering, suffering disappears. The disappearance of suffering is what you call happiness. Happiness has not to be found somewhere else; it was always with you, but the cloud of suffering was covering it. Happiness is our nature.

To say it in other words: for suffering you have to make much effort, for happiness you don’t have to make any effort. Just stop making the effort to create suffering.

“I used to think that nothing of value could be attained without sacrifice and hard work.” That is the disease Christianity has been spreading all over the world. In fact, everything of authentic value is achieved by relaxation, by silence, by joy. The idea of sacrifice and hard work will create more suffering for you. But once the idea gets settled in your mind, your mind will go on telling you that you are suffering because you are not working hard enough, that your sacrifice is not total.

Hard work is needed to create things. Sacrifice is needed when you have something of value, truth, love, enlightenment. And when there is an attack by the mob on your experience, one is ready to sacrifice, but not to compromise.

“After meeting you and drinking your message of love, life, enjoyment and celebration, I realized that my previous idea was quite masochistic and suicidal.”

It is good that you understood something very significant. All your saints who have been sacrificing and working hard and torturing themselves, are just masochistic and suicidal. And because they are worshipped, they go on continuing more and more masochistic torture to themselves.

And the people who are worshipping them also have the same desire, but not the courage; they also want to be saints, perhaps in a future life. At least in this life they can worship the saints. The whole past of humanity has been dominated by masochistic, sadistic, and suicidal people. That’s why there is so much misery. To be blissful in this world looks as if you are committing a crime; to dance with joy amongst so many dead people all around… you cannot be forgiven.

This is a sick idea, carrying your cross. Can’t you carry anything else? Just a flowerpot? If you are determined to carry… then there are more beautiful things in the world. A cross is not something… just a bamboo flute will do, light in weight. And you can do something with it. You can play on it — a beautiful tune, a song; you can dance. What are you going to do with the cross? — except crucify yourself. So why carry it. Why not crucify it here and now? Unnecessarily carrying such weight….

Jesus was only thirty-three years of age, and he fell three times while he was carrying the cross — the cross was so heavy. And naturally, if it becomes the fashion that everybody has to carry his cross, you will see that people will be carrying heavier and heavier crosses, heavier than everybody else! You will feel embarrassed if you are carrying a small cross — are you childish or what? A heavy cross is needed so that you fall on the road many times and have many fractures….

But Christianity is masochistic. It does not know anything about enjoying life. It knows only about sacrificing life — sacrificing for some stupid fiction. It knows nothing of singing and dancing and celebration.

You say, “I love Dostoevsky and all his works have been of immense value to me. But now I feel there is a depth of sadness in him, which he seems to stop — as if something of the opposite is missing.”

There is not only sadness in him, there is absolutely suicidal instinct; he is tired and bored with life itself. In his best book, BROTHERS KARAMAZOV, one of the characters, Ivan Karamazov, makes a very significant statement. Perhaps Dostoevsky himself is speaking through him.

Ivan Karamazov says, “If there is a God and I meet him, I am going to return his ticket and ask him, `Why did you send me life without asking me? What right do you have? I want to return the ticket to you.'” This is a suicidal instinct.

He lived very miserably and has always written that existence has no meaning, that it has no significance, that it is accidental, that there is nothing to find — no truth, no love, no joy. All his conclusions are wrong. But the man was tremendously capable, a great genius. Even if he writes things which are wrong, he writes with such art and such beauty that millions of people have been influenced by him — just like you, Jivan Mada.

The danger is: the words can be beautiful and the message can be poison, pure poison. His insights are deep — but they are always deep — to find more suffering in life, more misery in life. He is determined in all his works to prove that life is an exercise of utter futility. He influenced the contemporary philosophical movement of existentialism — he became a pioneer.

I also love him, but I also feel sad and sorry for him. He was a man who could have danced, who could have loved, who could have lived with tremendous totality and intensity. But he served death rather than life. Read him — there is nothing better to read — but remember you are reading a psychopath, a man who is deeply sick, incurably sick. His whole work is just a dark night which knows no dawn.