Osho – In the very core of your being, you are neither – neither man nor woman 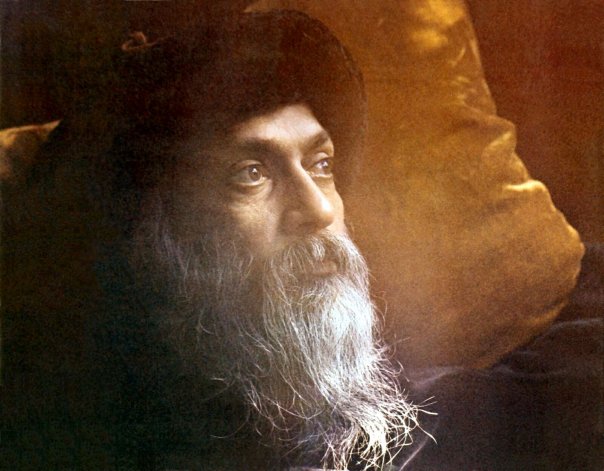 [An older sannyasin, recently arrived from america, says: I’m aware of great anger sometimes for not much reason. It passes over very quickly, but I was not aware of it before. Perhaps I always had it…. ]

Osho – No, it happens after a certain age that polarities change. It is a very subtle process. Every man has a woman in the unconscious, and every woman has a man in the unconscious. Consciously you are a woman so you use your woman faculties, but the more you use them, the more exhausted they are. And the unused unconscious remains unexhausted, remains very young and fresh. When the woman part has been used too much, by and by it becomes weaker. And then a moment comes when it is so weak that the unconscious part becomes stronger than it.

Somewhere near about the age of forty-nine, at the age of menopause, the balance in woman starts changing. Once monthly periods stop, the balance starts changing. Sooner or later one finds a very new being coming in… strange. One is puzled, confused, because one does not know how to live with this stranger. This stranger has always been there, but it has always been in the basement. It was never part of your household affairs; it has never come up. Now suddenly it comes out of the basement. Not only that – it sits in the drawing room and tries to possess everything. And it is more
powerful.

So the only thing is to accept it, watch it; don’t fight with it. Don’t try to repress it. You cannot repress it now. Just become more and more aware of it, and this awareness will bring a totally new attitude. You will know that you are neither man nor woman. It was also a role to be a woman. Now it is superceded by another role; the rejected part has overcome it. The conquered part has become the conqueror now. But you are neither – that’s why this game is possible.

If you were really a woman, the man cannot take possession of you. You were neither woman nor man. One day it was the woman part which was more powerful; it played the role. Now the other part is trying to play the role. All old women become very masculine. That’s why mothers-in-law are very dangerous, because they are no more feminine.

It is a natural thing that happens. Nothing can be done about it. You only have to be aware. You have to watch and stand aloof and see the whole game. Then a third entity which is neither, becomes clear – that you are just a witnessing self, a witnessing soul.

Man is in the body, woman is in the body. The mind follows shadows, reflections. Deeper in your core, in the very core of your being, you are neither – neither man nor woman. Now that point has to be understood. Once that is understood you can laugh at the whole thing. And once that is understood, the whole power of anger, of hardness, will disappear. You will never become a woman, but you will not be a man either. You will become totally different.

And this is what one really is. This is what religions call transcendence, surpassing. And man is the only animal who is capable of surpassing himself. That’s his beauty – that he can surpass man, woman, this role, that role, good, bad, moral, immoral. He can surpass all, and come to a point where he is only pure consciousness, just a watcher on the hill. So don’t be worried about it – just watch it. Worrying and getting entangled in it will create much trouble. And as far as I can see, you are looking perfect beautiful. Just be happy!