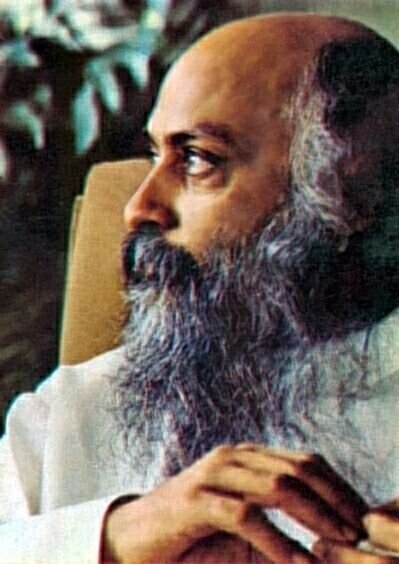 Osho – You can love someone, you can hate someone, but don’t be neutral, don’t be indifferent. You can like, you can dislike — in either case you are taking a standpoint. But don’t say, “It does not matter to me.” The moment you become neutral you are simply saying that whether that man exists or dies it makes no difference to you.

This is the greatest harm that you can do to somebody. Hate will not hurt so much. At least you hate, there is a relationship. And hate can turn into love any moment, because love turns into hate — they are convertible. Likings can become dislikings tomorrow and vice versa, but indifference remains indifference.

It is not a question of care. It is a question of the expansion of your consciousness. Ethiopia should be part of the map of your consciousness. But in Ethiopia people were dying because they had no food, and in Europe food was being destroyed in the ocean because they had superfluous food — mountains of butter, mountains of foodstuff. Just the cost of destruction was two billion dollars. That was not the cost of the food — it was just the cost of taking the food to the ocean and throwing it into the ocean. One wonders, does man really have a heart, or is it just a fiction?

The same was happening in America. Every six months in Europe and America — both places — billions of dollars are wasted in destroying food, and in the poor countries people are dying. And death by starvation is the ugliest, because it takes such a long time, and so much unnecessary suffering. A healthy man can live without food for three months, then he will die. But these three months will be hell, they will appear like three lives.

A man who knows life as a joy will also understand that other living beings are in the same category; they also want to live, they also want to enjoy. If I can do something it is not for them, it is not a service — it is just my joy, my pleasure to share myself.

Source – Osho Book “Zarathustra: A God That Can Dance”