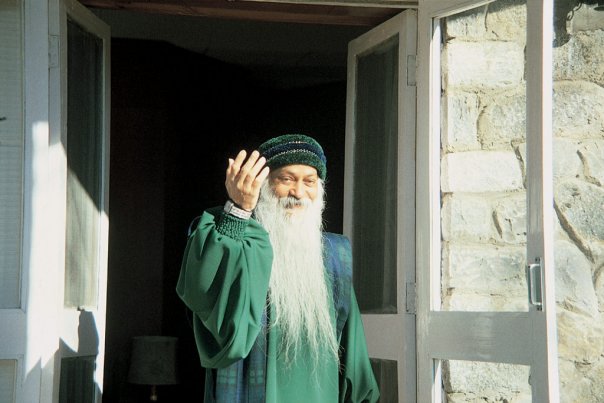 Question – Osho, You emphasize Playfulness, Leela. But is it possible for a playful mind to be a Plastic surgeon or a Scientist?

Osho – The question is from Prem Leeladhar. He is a plastic surgeon, hence the question.

When a bullock cart is doing well, why bother? why waste time in inventing a car? And who has ever heard of a car? — you must be mad. The utilitarian cannot be interested in it. He will say ‘For what? The bullock cart is doing perfectly well.’ But there are people who are playful, who cannot be contained by the past, who always go on playing with things. And out of that playing, new combinations arise. Inventiveness is a dimension of playfulness.

And you ask me: IS IT POSSIBLE FOR A PLAYFUL MIND TO BE A PLASTIC SURGEON OR A SCIENTIST?

It is only possible for a playful mind. The non-utilitarians are the discoverers, the explorers. The utilitarian always asks what the profit is in it. For example, people have reached to the moon. The utilitarian, the business mind, asks ‘For what? You cannot find a market there, there is nobody — this is a sheer wastage! Why put in so much energy and so much effort and so much money? And people are starving on the earth.’ The business mind, the economist, will say that this is not right.

But there are people who are more interested in going to the moon — for no reason at all. These are the people who bring the future into the present. Right now you also cannot think of any utility, but who knows? The earth may become very inhospitable to man — it is becoming so. Man has done so much harm that the earth cannot forget and forgive it. Man has been such a disaster, he has destroyed the ecology of the earth. The earth is angry, revengeful.

The earth one day may become absolutely against humanity. It may not provide food. Then the only way to survive will be to move from this planet to some other planet. It may not be the moon — but the moon is not the end of the explorers’ playfulness, that is just a station on the way. It may be some other planet which will be more green,-more alive. The earth is dying; it is a dying planet, it is an old planet.

But only later on will people say ‘Great inventors were these people who landed on the moon.’ Right now, every practical, pragmatic person is against it. That’s how it has always been. Many weapons and tools were to begin as playthings — the bow was a musical instrument before it became a weapon, and the wheel was a plaything before it was used as a tool. In many excavations it has been found that there have been civilizations, prehistoric civilizations, which had no bullock carts but which had toys with wheels.

Ornaments came before clothes, you will be surprised — before clothes, ornaments came into the world. There are still primitives who are naked but they are as much interested in ornaments as you are — even more so. Clothes are a practical necessity, but ornaments just playfulness. Man is not as economical an animal as economists suppose. Man is more an aesthetic animal than economical; he loves beauty more than utility.

The first domesticated animals were pets. And it has been suggested that grain was first cultivated not to raise food but to make beer. Now my Germans will be happy. And I agree with it.

Art is older than production for use, and play older than work. Man was shaped less by what he had to do than by what he did in playful moments. It is the child in man that is the source of all his uniqueness and creativeness, and the playground is the optimal milieu for the unfolding of his capacities and talents. Wherever man becomes more of a utilitarian he loses the capacity to explore. Wherever man starts condemning things of luxury he becomes dull, stupid.

Man is a luxury-loving animal. Take away play, fancies and luxuries, and you will turn man into a dull sluggish creature, barely energetic enough to obtain bare subsistence. A society becomes stagnant when the people are too rational or too serious to be tempted by baubles.

When I say playfulness is the source of all discoveries, I mean it. The greatest calamity that can happen to a man is that he becomes too serious and too practical. A little bit of craziness, a little bit of eccentricity, is all for the good.