Osho – Is it possible to become Enlightened in a Dream? 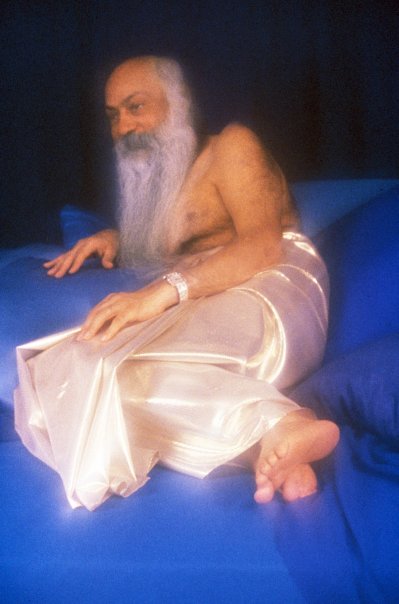 Question – Is it possible to become Enlightened in a Dream?

Osho – Not only possible — whenever it happens, it always happens in a dream. Whatsoever you think is your waking consciousness, that too is not waking; that too is dreaming. While sitting here in front of me, do you think you are awake? I don’t see it. I can hear your snore. And if you listen minutely, you will be able to hear it yourself: a deep snoring inside, a deep sleep — and dreams and dreams.

In sleep, only dreams can happen. That’s what we have been insisting in this country continuously: that your world is illusory, it is MAYA. When Shankara says the world is MAYA, he’s not talking about HIS world. He’s talking about YOUR world. Because in sleep, how can you know that which is real? The sleep distorts. A totally different world is created by sleep: a world of dream. Whatsoever you call your life is made of the same stuff as dreams. It is dream-stuff.

So whenever you become awakened and enlightened, it will always be in a dream. Buddha became enlightened — or Jesus, or Zarathustra, or Lao Tzu — they all became enlightened in a dream. The dream was shattered; they awoke out of sleep. They looked around: the dream was never found anywhere; it was a totally different thing. That’s what they call God, nirvana, truth, brahma, the kingdom of God. That’s what they call it. It is not your world; it is a waking. Enlightenment is just an awakening out of sleep. It is to become aware.

You are lost in your dreams. Your subjectivity is completely engulfed by the dreams. It is just like when you go to see a movie. You know well that there is nothing on the screen. Still, you get deceived. When the movie starts, the screen is full of pictures. Just a play of light and darkness, just very subtle dream-stuff, and you are lost. You forget yourself. You forget the spectator, you become part of it. Sometimes you cry and weep when some tragedy happens on the screen. Sometimes you laugh; sometimes you become very tense. You follow all that is happening on the screen. There is nothing happening, but for two, three hours, you are completely lost.

This is what life is..For seventy years, eighty years, you are completely lost. Buddha is one who becomes awakened in a movie house and suddenly shakes himself and understands that there is nothing — only a wide screen covered with white and black shades; just covered with false, dreamlike stuff. He laughs — not at what he is seeing; he laughs at himself — and comes back home. There is no point being there now. He has understood. He is no more a part of sleep; he has become awakened.

Try this. One day, go to the movies and watch how you become so unaware that that which is not real starts becoming real. Then bring yourself back and back, again and again. Become aware. Give a jerk to the body, look again, and remember it is a white screen and there is nothing there. Then again watch. Within seconds you are again gone. Again your consciousness has been taken possession of by the dreamstuff. Again you are enjoying, or moving with the story. Remember again!

That’s why I say there is no need to change the dream. You can wake up wherever you are. You may be seeing yourself as a sinner, a criminal; you may be in a prison. Or, you may be thinking of yourself as a great mahatma. You may be in a temple being worshipped by thousands and thousands of people. It makes no difference. The mahatma is as much in a dream if he believes what he is seeing and if he’s affected by the worship that is being done to him. If somebody insults him and he feels angry, annoyed, then he is in a dream as much as the sinner in prison.

It is not at all relevant to change the dream: to first become a mahatma instead of a criminal. From the sinner you become a saint. It is foolish. Why waste time when you can wake up directly from wherever you are? You can become enlightened while you are imprisoned, you can become enlightened directly from where you are. You are a sinner, okay — because sin is as much a dream as all your sainthood. The awakening is the same.

In the night, you dreamt that you are a murderer. By the morning, when you wake up, you are not worried. You don’t go on saying, “I will repent. I have been a murderer in my dream.” You simply laugh at the whole thing. You don’t condemn yourself, because it was a dream. Or, you see in a dream that you have become a great mahatma, a great soul: a saint, worshipped by millions. In the morning when you wake up, you don’t go on telling people how great a mahatma you were in the dream!

There is a Zen story. A great master woke up in the morning. He called his chief disciple and said, “Come to me. I had a dream, I will tell it to you. Interpret it.”

He brought a bowl of water. While the master was washing his face, another disciple passed. The master said, “Come here. I had a dream. Would you like to interpret it?”

The disciple looked. He said, “Wait. The tea is ready and I will bring you a cup of tea. Then you will come to your senses!” A dream is not worth even interpretation.

The master was happy. It is said he danced that day. He said, “At least two disciples….” He said, “If you had interpreted my dream, I would have thrown you out of my monastery” — because a dream is nonsense, and then trying to interpret it is even a higher nonsense.

What the disciples did was the best interpretation. The first one brought a bowl of water and said to the old master, “You just wash your face so that you become more awake.”

The other brought tea. “Just drink tea, a little hot tea, and that will bring you back to your senses. You will be more conscious.”
Consciousness is needed, not interpretation. All dreams are the same: there are not good dreams and bad dreams. How can there be good dreams and bad dreams? Both are unreal. In unreality you cannot make a distinction between good and bad. Moral, immoral; sinner, saint — all are dreams. Don’t try to change one dream for another. All are chains. Steel or gold, it doesn’t matter.

Wake up! All the awakened ones are just standing there with bowls of water and a hot cup of tea….

3 thoughts on “Osho – Is it possible to become Enlightened in a Dream?”