Osho – Is it possible to deceive a master? 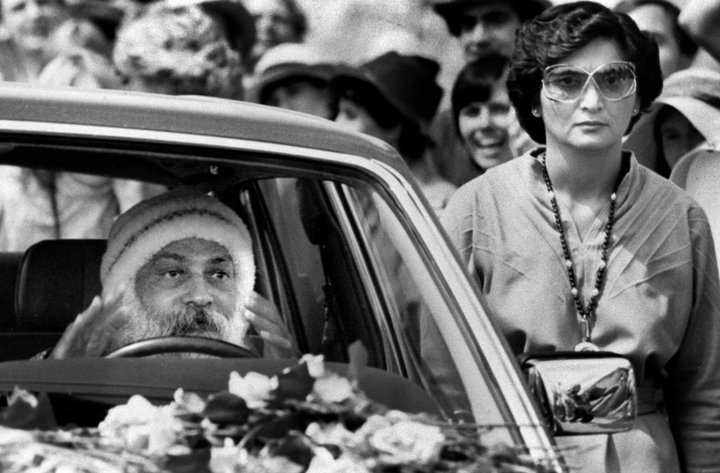 Question – Is it possible to deceive a master?

Osho– YES, IF THE MASTER WILLS SO. Sometimes the Master wants to be deceived. If it is for your growth, he is ready to do anything – even to be deceived. If that is the only way to help your cheating characteristic to surface, he will allow himself to be deceived by you. Otherwise not. How can you deceive a Master? He knows you – as you your-self don’t know yourself. He knows the secret most desire of your heart. It may not be conscious even to you. He knows the subtle ways of your ego. And you CANNOT deceive. You can try, but from one point or another, from one side or another, they will be revealed. You will say one thing from your mouth: your eyes will say something else.

And the Master is not very much concerned with what you say – he tries to read you through subtle manifestations. He looks in your eyes, he looks at the way you walk, he looks at the way you sit… from the superficial to the deepest. He is not very much concerned about what you say. Your saying is almost meaningless; it is babbling. You don’t exactly know what you are saying. And even if you know, you don’t mean it. And even if you mean it, the next moment you will change it. It is not worth paying attention to.

That’s why psychoanalysis has to go into your dreams. Rather than watching your day it watches your night. Why? Because in the day you are cunning, deceptive. You live through a masquerade, a camouflage. You have many masks. And it is not that you are deceiving others: you are deceived yourself by your masks. You. believe in your masks. You think these are your faces. You have completely forgotten your original face. Psychoanalysis looks into your dreams, because in your dreams your constant pretending relaxes. You come in your true colors.

The Master goes even deeper than psychoanalysis, because there are people who can deceive even in dreams. One can train oneself to dream certain dreams. And now, after one hundred years of psychoanalysis, this fact has become very very apparent. Patients start dreaming according to the expectation of the analyst. If a patient goes to a Freudian, he dreams one kind of dream. If he goes to the Jungian, he starts dreaming another kind of dream. Now this is an accepted fact. How does it happen? Even un-consciously he is trying to be clever, cunning.

When you go to a Freudian, he is waiting for some sexual dream. Even if you don’t dream it, he will impose an interpretation of sexuality on your dream. Your innocent dreams will be painted in such a way that they will look utterly sexual. For example, if you are flying in your dream, the Freudian will say, ”This is nothing but sexuality – flying is a phallic symbol. You want to go high and high and high; you want to reach a climax of sex. It is pictorial. You want to reach to a peak. It simply represents a peak. ’

It may be so, it may not be so, but the analyst has imposed a certain pattern on your dream. Now, slowly slowly, you will start dreaming according to him, because every human being has a deep need to be approved. And when you really dream a Freudian dream, the analyst is so happy that the patient also feels happy that he is doing something really great. Because of this, by and by he will dream more and more sexual dreams, remember more and more sexual dreams. May start editing dreams – and VERY unconsciously. May drop a few things, may add a few things. Will give it a color – a Freudian color. After six months of psychoanalysis with a Freudian, ALL your dreams will be just sexuality and nothing else.

Go to a Jungian and things start changing. Now, flying is no more a sexual symbol – it is occult. It is the desire of the human soul to reach to the ultimate. It is esoteric. Another interpretation is enforced, and soon you will have visions of Masters talking to you, pure voices descending upon you, great light, kundalini, lotuses opening within you… and things will start happening. And within six months you will be a perfect Jungian dreamer.

Go to the Adlerian, and the same dream, that you are flying, and the interpretation is different. The Adlerian says, ”Flying high is nothing but an effort to become superior – man suffers from inferiority complexes. To be low is inferior; to fly high, above everybody else, is to be superior.” Another interpretation is enforced on you.

People start dreaming the way they are expected to dream. So even dreaming is not so innocent as you think. The Master cannot depend on your dreaming either. He simply goes beyond ALL your layers; he looks through all the layers. He looks through all the chaos that you are. You are not in order, you are not a discipline. There are a thousand and one contradictions in you, so no one particular idea can be imposed on you.

Just as eyes change: when you go into the sun the eyes become smaller, because too much sun is not needed to go in. When you come back to the home in the darkness, the pupils dilate, they become bigger; more light is needed to come in. When a woman says to a man, ”I love you,” if she is falsifying, if she is just trying to deceive the man, maybe is interested in his money or in something else, her eyes will not cooperate with her statement. And there is no way to will the cooperation of the eyes. Spon-taneously, if she loves you, pupils dilate, become bigger. She opens up. She wants you to be in.

A Broadway agent returned home and found one of his biggest clients in the arms of his wife. ”Stop sounding like a TV melodrama, Harry,” the client told him, cutting short a tirade of denunciations.
”Let’s treat this situation like adults. We both love your wife. All right, then, let’s play one game of gin rummy – and the winner gets her.”
The agent thought for a moment, then said, ”Okay, but just to make it interesting, let’s play for a dime a point on the side.”

Danny was an inveterate bargain hunter. He hadn’t a penny to his name, but whenever he saw a bargain he couldn’t resist it. One day a friend of his came to see him. Jim said, ”Danny, I’ve got a terrific bargain for you. A boat-load has arrived for the Barnum and Bailey Circus and they have an overstock. They’ve got an elephant on board, a baby elephant, that’s worth at least 2, 000, and Ican land it for you for only 300.”

Danny looked at Jim as if he were half crazy. ”What! An elephant! An elephant in my one-room apartment? You must be out of your mind! In the first place, there’s no room for it. And in the second place, how could I feed it? In the third place, what could I do with it? Don’t be nuts!”

”But,” persisted Jim, ”I’m telling you this elephant is worth two thousand bucks and I can get it for you for a mere three hundred, maybe even two hundred and fifty.”

Danny was adamant. ”Get the hell out of here, will you? You’re off your rocker. I don’t need an elephant. I don’t want an elephant. Leave me alone with elephants.”

But Jim knew his friend and he continued hammering away. ”Listen, Danny,” he said, ”the fact is they have an overstock. You know, I think if I put it to them I could get you two elephants for the same two hundred bucks.”
”Now you’re talk in’,” said Danny.

Your reality, your mind, is always there below your skin. It is just skin-deep – scratch it a little and the truth comes out. You cannot deceive even a man who knows a little observation – how can you deceive a Master? But if the Master feels it is good for you, it may be helpful for your growth, it may bring something up, it may take you through a breakthrough, then the Master is ready to do anything. Yes, he is ready even to be deceived by you.