Osho – Is it possible to have an Original Thought? 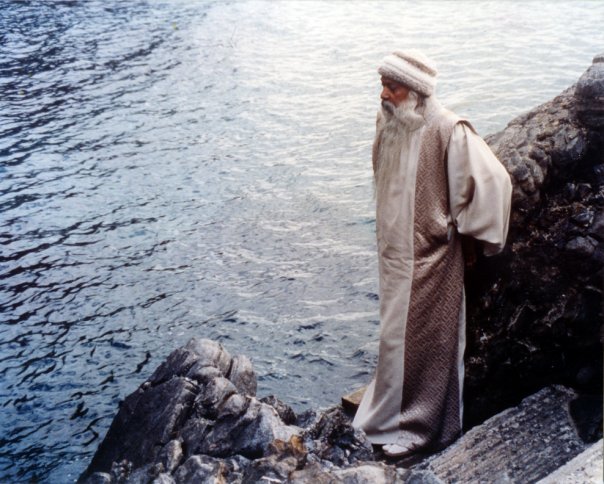 Question – Is it possible to have an Original Thought?

Osho – It is impossible, absolutely impossible to have an original thought. Because mind is memory, mind is the past, mind is that which you have already known, it is a borrowed thing, and whatsoever the mind can do can only be a repetition; new combinations of words, notions, concepts; but deep down all will be borrowed. Mind can never be original. The very nature of the mind is such — it is a bio-computer. Before it can give you something you have to feed it. And that which you feed in comes out of it. Sometimes you can have some combinations of thoughts which appear to be original but are not — for example, you can imagine a golden horse flying in the sky. Looks original. It is not. There are no golden horses of course, and no horse flies, but you have seen a horse, you have seen flying birds, you have seen gold; now this is a new combination. But everything is old, of the past, of the known.

Even a Buddha when he talks becomes unoriginal. His being is original, but when he uses language, again, the mind has to be used, the memory has to be used. The language belongs to others, not to you; you have not brought a language into the world, you have brought a fresh being, of course, but the language has been given by the society, by others, so even a Buddha has to use a borrowed language.
The moment Buddha says something originality is lost. And, if you listen to Buddha, not to his words, but if you can have a glimpse through the words of his being, then you will feel originality, then THERE IS the lotus flower, every petal fresh, just like a morning’s dewdrops — but then you have to penetrate the language, the words.

I am talking to you, I have to use language. If you listen only to that which I am saying and not also to that which I am being you will miss my originality. Listen to the gaps between the words. Listen to the emptiness between the lines. Listen to me, not to what I say. Then an understanding will arise, and suddenly, like a flash of lightning, you will be able to see me — and the original that is right now happening before you.

Meditation is to attain to a no-mindness, to a state of no-thought. In that opening of no-thought, in that kind of space, suddenly you become pure, innocent, uncorrupted. You have never been like that before nobody has ever been like that before nobody is going to be like that again. Unique. And to know that is to realize one’s self. To know that is to know all. If you have not known that, whatsoever else you know is just rubbish, garbage.

It happened once, in a police station; a Sufi mystic entered; he was naked, and a crowd was following him. To the police officer he said: I have been robbed. All that I had has been stolen, and as you can see, I am standing naked; my coat, my clothes, my bed, my quilt, my cushion, my pillow, my umbrella — everything has been stolen; but he was very calm and quiet. The police officer wrote down the whole list — it was very long.

And then suddenly there appeared a man who was following the crowd, and he threw an old blanket before the police officer, and he said: This is all, a wretched old blanket, that I have stolen from this man, and he is saying it was his whole world!

The Sufi took the blanket, covered his body, started moving out of the police station — the police officer stopped him, he said: First you will have to give an explanation because you have given such a big list, it is false!

The man said: No? because this is all that I have. When it is raining I use it as an umbrella. Sometimes I use it as a bed. And this is my only clothing. In the cold this is my coat. In the day I use it as a cushion. In the night, sometimes as a pillow. These are the functions of my blanket, but this is the whole world I have and the list is not false.

This is a deep message. The Sufi is saying that if you attain to one you attain to the whole. It is a parable. Then that one blanket covers all. It becomes your umbrella, it becomes your bed, it becomes your clothing, it serves you in millions of ways. Just to know that one which is hidden behind you is to know all. To know that, to be that, is to be all. And if you miss that you have been robbed of the whole world. You have nothing, you are standing naked.

Thoughts cannot be original, only you, because you belong to the very source. You were there in the beginning, and you will be there in the end, because you ARE existence. Thinking is a learnt thing. You can learn it, you can unlearn it. It is acquired. You can drop it any day you want to drop it. But your nature, what Lao Tzu calls Tao, your original nature, is not acquired, it has always been there, it is the source.
No thought can be original, but NO-THOUGHT can be original. Remember that.