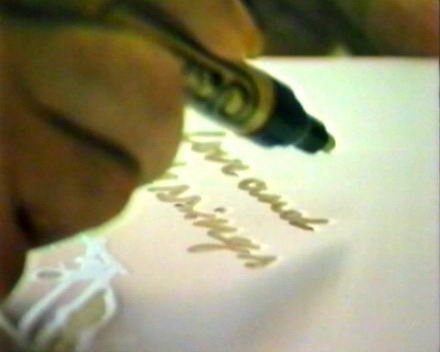 Question: Is not life nothing but misery?

Osho – It depends on you. Life in itself is an empty canvas, it becomes whatsoever you paint on it. You can paint misery, you can paint bliss. This freedom is your glory. You can use this freedom in such a way that your whole life becomes a hell, or in such a way that your life becomes a thing of beauty, benediction, bliss, something heavenly. It all depends on you; man has all freedom. That’s why there is so much agony, because people are foolish and they don’t know what to paint on the canvas.

It is left to you: that is the glory of man. That is one of the greatest gifts of God to you. No other animal has been given the gift of being free, every animal is given an already fixed program. All animals are programmed except man. A dog is bound to be a dog, and forever a dog; nothing else is possible, there is no freedom. He is programmed, everything is built-in. The blueprint is there, he will simply follow the blueprint: he will be a dog. There is no choice for him, no alternatives are available. He is an absolutely fixed entity.

Except for man, everything is programmed. The rose has to be a rose, the lotus has to be a lotus, the bird will have wings, the animal will walk on four legs. Man is utterly free: that is the beauty of man, the glory. The immense gift of God is freedom. You are left unprogrammed, you don’t carry a blueprint. You have to create yourself, you have to be self-creative. So it all depends on you: you can become a Buddha, a Bahaudin, or you can become an Adolf Hitler, a Benito Mussolini. You can become a murderer or a meditator. You can allow yourself to become a beautiful flowering of consciousness, or you can become a robot.

I have heard an ancient Sufi parable: Two disciples of a great Master were walking in the garden of the Master’s house. They were allowed to walk every day, morning, evening. The walking was a kind of meditation, a walking meditation — just as Zen people do walking meditation. You cannot sit for twenty-four hours — the legs need a little movement, the blood needs a little circulation — so in Zen and in Sufism both, you meditate for a few hours sitting and then you start meditating walking. But the meditation continues; walking or sitting, the inner current remains the same.

They both were smokers. They both wanted to ask for the permission of the Master, so they both decided, “Tomorrow. At the most, he will say no, but we are going to ask. And it doesn’t seem such a sacrilegious act to smoke in the garden; we will not be smoking in his house itself. ”

The next day they met in the garden. One was furious — furious because the other was smoking — and he said, “What happened? I also asked, but he simply flatly refused and said no. And you are smoking? Are you not abiding by his orders?”
He said, “But he has said yes to me.
“This looked very unjust. And the first said, “I will go and immediately inquire as to why he said no to me and yes to you.”

The other said, “Wait a minute. Please tell me what you had asked.” He said, “What I had asked? I had asked a simple thing, ‘Can I smoke while meditating?’ He said, ‘No!’ and he looked very angry. ”
The other started laughing; he said, “Now I know what is the matter. I asked, ‘Can I meditate while smoking?’ He said ‘yes.'”

It all depends. Just a little difference, and life is totally something else. Now, there is a great difference. Asking, “Can I smoke while meditating?” is just ugly. But asking, ” Can I meditate while smoking?” — it’s perfectly okay. Good! At least you will be meditating.

Life is neither misery nor bliss. Life is an empty canvas, and one has to be very artistic about it.

A tramp knocked at the door of an inn named “George and the Dragon”.
“Could you spare a poor man a bite to eat?” he asked the woman who answered the door.
“No! ” she screamed, slamming the door.
A few seconds later, the tramp knocked again.
The same woman answered the door.
“Could I have a bite to eat?” said the tramp.
“Get out, you good-for-nothing!” shouted the woman. “And don’t you ever come back! ”
After a few minutes the tramp knocked at the door again.
The woman came to the door.
“Pardon,” said the tramp, “but could I have a few words with George this time?”
Life is the inn called “George and the Dragon”. You can ask to have a few words with George too.